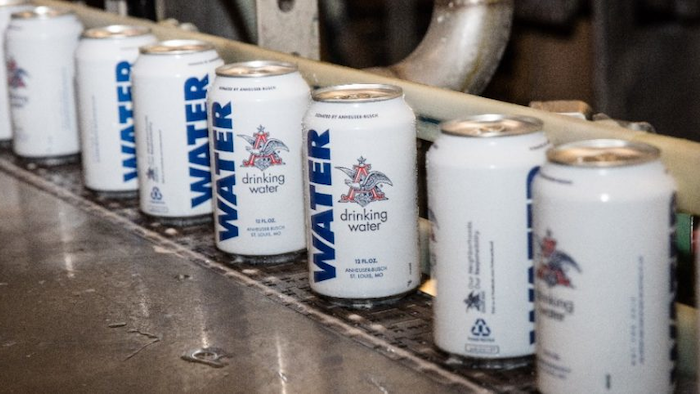 Anheuser-Busch sent more than 100,000 cans of clean, safe emergency drinking water to Ukiah, CA, and Redding, CA, at the request of the American Red Cross to assist with relief efforts for the ongoing, devastating wildfires.

Anheuser-Busch’s wholesaler partners, Eagle Distributing Co. in Ukiah and Foothill Distributing Co. in Redding, will work with their local American Red Cross chapters to distribute the cans to communities in need. The shipments were expected to arrive on Sunday, August 5.

“We are fortunate to be in a position to provide this emergency drinking water to support our friends and neighbors in Northern California during this very difficult time,” said Bill Bradley, Anheuser-Busch’s Vice President for Community Affairs. “Providing clean, safe drinking water is the best way we can help during natural disasters, working together with our wholesaler and American Red Cross partners.”

The water was sent from Anheuser-Busch’s brewery in Cartersville, GA, which periodically pauses beer production throughout the year to produce emergency canned drinking water so they can quickly assist communities across the country in times of crisis.

Anheuser-Busch has a longstanding tradition of providing water and supplies for emergency relief efforts in partnership with the American Red Cross.

Since 1988, Anheuser-Busch has provided more than 79 million cans of emergency water for disaster-stricken areas.

In 2017, the brewer provided almost three million cans of emergency drinking water to communities impacted by natural disasters, including in Texas, Florida, Georgia and California.

Anheuser-Busch Gets Water to Flood Ravaged Parts of the U.S.

Brewery Ships Water Instead of Beer