Josh Harms sued the city Thursday after he says they threatened to silence him for making public comments on his website about the "rancid" smell of a dog food processing plant. 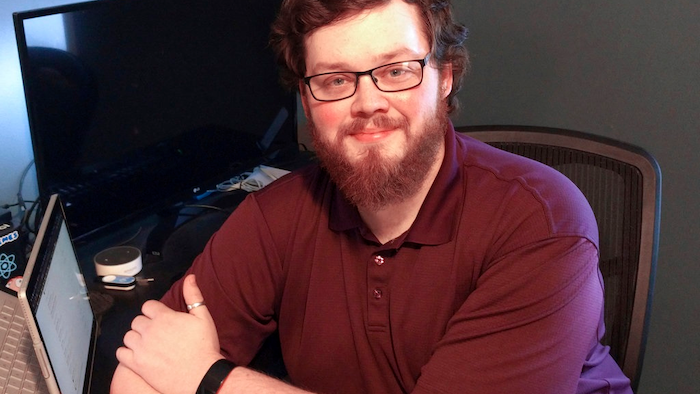 DES MOINES, Iowa (AP) — An Iowa man who said his hometown smelled like "rancid dog food" because of an animal food processing plant sued the city Thursday after he says they threatened to silence him.

Josh Harms with the help of the American Civil Liberties Union of Iowa filed suit in U.S. District Court asking a judge to block Sibley officials from making legal threats or taking action to force him to remove criticism from his website.

Harms created a website entitled, "Should You Move to Sibley, Iowa ?" to point out city officials' lack of action on the stench from Iowa Drying and Processing, which makes a high-protein animal food supplement from pig blood.

The company moved to a vacant building in Sibley in 2013 and Harms began publishing his protest website in 2015.

"We're not just talking an 'oh, that was a little stinky' kind of smell. We're talking a rotten blood, stale beer, 'I wonder if I should see a doctor after breathing that' wall of fumes," he wrote. "The putrid air seemed to hang over much of the town for 3-4 days every week. It was particularly nasty on hot and humid summer days."

In December, the city's attorney Daniel DeKoter sent Harms a letter saying Harms was hurting the community with his website. DeKoter claimed that a doctor declined to move to town after reading it and that his complaints interfered with recruitment of businesses and new residents and negatively affected property values.

"If the web site is not taken down within ten days of the date of this letter, your next notice will be in the form of a lawsuit," DeKoter wrote.

DeKoter told Harms that the city had sued the company and the odor problem was mostly solved. Harms said the odor may be better but remains a problem.

Harms said he fears that the government is targeting him.

"I want to use my skills as web developer to protest and to help my community," he said in a statement.

The lawsuit claims the city violated his constitutional right to free speech. He seeks an injunction halting the city from threatening or bringing a lawsuit against him and blocking his ability to speak to the press about how Sibley smells.

The ACLU of Iowa Legal Director Rita Bettis said the organization has brought more than 100 free-speech cases since its founding in 1935 and such cases are at the heart of protecting civil liberties. She said government officials at every level, even small Iowa cities, exist to protect the rights of the people and should know core First Amendment rights.

"There is nothing more American or patriotic than protesting the government so we're proud at the ACLU of Iowa to stand up for Josh's rights to do so," she said.