The company was rocked by the “explosion of microbreweries” in the industry. 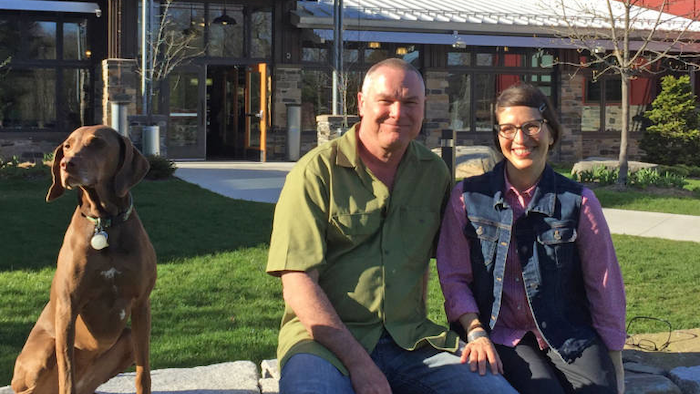 Last week, 24-year-old craft beer maker Smuttynose Brewing Company sent out a plea to potential buyers who could help prevent the company from going up for foreclosure auction.

Based in Hampton, NH, Smuttynose is a popular brand of craft beer owned by Peter Egelston and Joanne Francis that employs 68 people, and generates more than $10 million in revenue each year.

The company was rocked by the “explosion of microbreweries” in the industry, and Smuttynose has suffered since it invested in a new state-of-the-art production facility. The co-owners are now looking for a cash infusion.

In a new statement, the co-owners say that they have “seen more changes in our industry in the last few years than in the previous three decades.” The personal note from Francis and Egelston serves not only as a vehicle to tell their side of the story, but also offer one final request for brand-loyal beer aficionados to “send your rich aunt or uncle our way!”

Egelston and Francis will not be out of the business entirely if the auction goes through on March 9, 2018. The pair has owned the Portsmouth Brewery brewpub since they co-founded it in 1991 — it is not a part of the auction.

Here is the full letter from Egelston and Francis in which they look for “someone who can provide financial resources that will move the company forward,” even if it’s your rich aunt and/or uncle:

Over the coming weeks you are likely to hear a good deal about our company’s financial challenges, but rather than let strangers tell our story, we’d like to speak with you directly.

Change and transition is natural in any business, and craft beer is no different. We’ve seen more changes in our industry in the last few years than in the previous three decades. We are writing today to tell you about a major transition at Smuttynose.

For more than 24 years, it has been our privilege and joy to live in the world of craft beer. We’ve had the great honor of working with many dedicated, outstanding people who have been instrumental in transforming Smuttynose Brewing Company from a mere idea with a funny name to one of New England’s best known and highly regarded breweries.  But despite the fun, the romance and the friendships, we’ve always understood that brewing and selling beer is a business, with hard edges and occasional difficulties.

As any entrepreneur will tell you, building a successful business entails taking risks and making a strong personal commitment. In the mid-nineties, during the first great shakeout in craft beer, we kept our company afloat by digging deep into our own pockets, confident that the market would turn. And it did, ushering in nearly two decades of uninterrupted growth for craft beer in general and Smuttynose in particular. These days, the beer industry is undergoing another period of sweeping change. At this time, in order for our company to continue on the path we embarked on back in 1994, Smuttynose needs someone who can provide financial resources that will move the company forward.

We are proud of what we’ve built at Smuttynose and Hayseed Restaurant. We’re proud of our beers and the people who stand behind them. But most of all we’re proud of the relationships we’ve formed along the way and the opportunities we’ve had to engage with the community we love. We are so grateful for the support and encouragement we’ve gotten from friends and fans, from our wholesalers and retailer partners, and from beer lovers everywhere.

We’re strongly committed to making sure this transition is as smooth as possible, and to help the company’s new owner or partner embark on a successful next chapter for Smuttynose and its wonderful staff. We want to emphasize Smuttynose Brewing company is open, brewing our fine beers daily and serving delicious food at Hayseed Restaurant. Many of you have asked how you can help…keep drinking Smuttynose brews and send your rich aunt or uncle our way!

The auction is being managed by James R. St. Jean Auctioneers based out of Epping, New Hampshire.