Did you know that a charred oak barrel can only be used once to create bourbon whiskey? 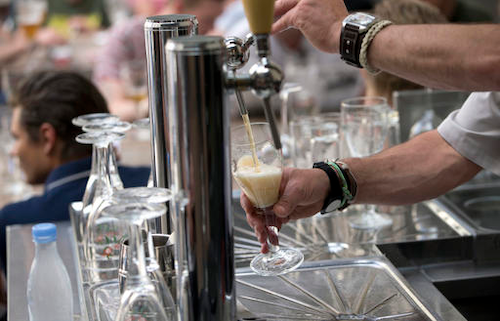 BARDSTOWN, Ky. (AP) — A charred oak barrel can only be used once to create bourbon whiskey. But some of Kentucky's craft brewers are proving that used barrels can be put to good use.

Those brewers are partnering with Willett Distillery for a barrel reuse program.

Twenty-five brewers gathered at the Bardstown distillery Monday to collect used barrels for a special barrel-aged beer showcase to be released next summer.

The brewers say beer and bourbon fans will be able to sample the barrel-aged beers at the Kentucky Craft Bash on June 23 at Louisville Waterfront Park's Festival Plaza.

The event will feature 35 Kentucky breweries highlighting more than 90 beers.

Willett master distiller Drew Kulsveen says used bourbon barrels are sought after for aging everything from Scotch to pancake syrup to soy sauce.