The company is sending 50,000 cans of drinking water to Red Cross outposts in Texas. 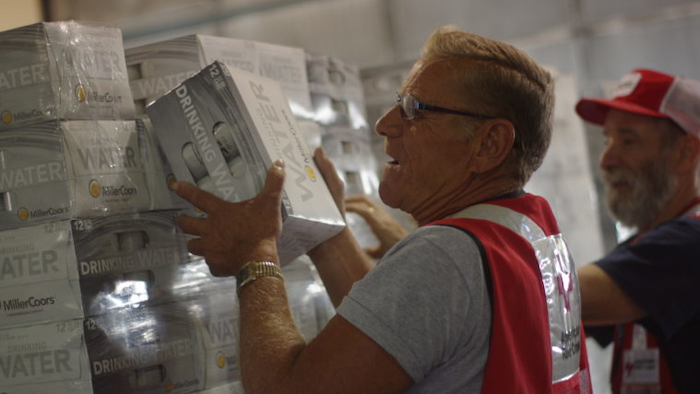 MillerCoors and can-maker Ball Corp. are sending cans of emergency drinking water to Revolver, a MillerCoors brewery about 275 miles northwest of Houston.

Revolver will use its fleet of delivery trucks to ferry 50,000 cans of drinking water to Red Cross outposts in southeastern Texas, the region hardest hit by Hurricane Harvey. The water will be used at Red Cross shelters and distributed by volunteers.

MillerCoors, which also operates a brewery in Fort Worth, is donating at least $25,000 to the Red Cross to assist with disaster-relief efforts associated with Hurricane Harvey.

The two companies also donated 50,000 cans of water to parts of western Wisconsin and northern Illinois earlier this summer to help flood victims.

According to the Associated Press, an Anheuser-Busch brewery in Georgia is shipping 155,000 cans of drinking water to the American Red Cross to help Hurricane Harvey relief efforts in Texas and Louisiana.