The company plans to start a single shift with up to 900 production workers in the 925,000-square foot plant. 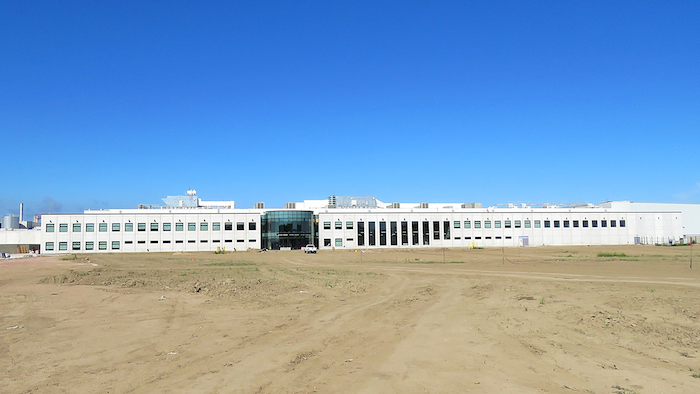 SIOUX CITY, IOWA -- After nearly two years of construction, the first hogs have been slaughtered at a giant Sioux City pork plant that is eventually expected to employ 2,000 people and process 21,000 hogs a day.

The company plans to start a single shift with up to 900 production workers in the 925,000-square foot plant in Sioux City. Initially, the plant will have a capacity of slaughtering 10,500 hogs daily.

Seaboard Triumph plans to hire a second shift by next summer, bringing total employment to about 2,000 workers who could slaughter about 6 million hogs annually.

"We are testing equipment to make sure that everything is going smoothly on the line and calibrating equipment," Seaboard Triumph Foods spokeswoman Tori O'Connell said Thursday. "We have a lot of state-of-the-art technology in there — a very technologically advanced facility — (and we're) making sure those machines are set to proper specs."

The company needs to hire workers at a time when the Sioux City metropolitan area's unemployment is hovering near historic lows around 3 percent, prompting questions about where the company can find enough workers.

Scott said company leaders told him several weeks ago that they were in the process of hiring more than 500 employees and were optimistic about meeting their staffing requirements.

Two-thirds of the hogs that will be slaughtered at the plant will come from the plant owners, which is a joint venture between Guymon, Oklahoma-based Seaboard and St. Joseph, Missouri-based Triumph Foods. The other hogs will be bought on the open market from independent producers.