The robot resembles a short, slender woman wearing a long dress and apron. 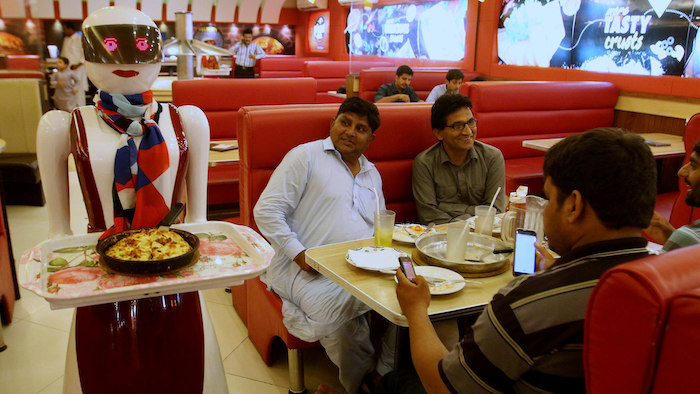 MULTAN, Pakistan (AP) — The owners of a pizza shop in Pakistan say business is booming now that they've introduced a robot waitress.

Osama Jafri, the engineer who designed the 25-kilogram (55-pound) robot, says it can greet customers and carry pizzas to their tables. The robot resembles a short, slender woman wearing a long dress and apron. He says he wrapped a scarf around the robot's neck so as not to offend conservative patrons.

He says sales at Pizza.com, in the town of Multan, have doubled since the robot was unveiled in February. Jafri's father Aziz, who owns the restaurant, says he has three more robot waitresses and plans to open a new branch.

He says, "I used to sell pizzas, but now restaurant owners want to buy robots from me."

Foxconn to Replace Most Workers