Explosion at Plant Kills at Least 1

16 employees were working at the time of the blast. 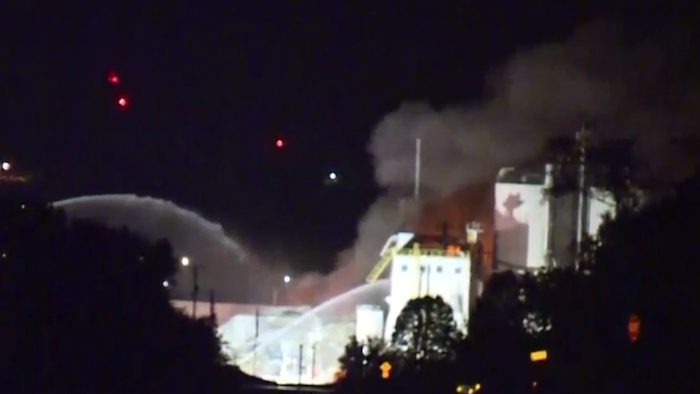 CAMBRIA, Wis. (AP) — Rescue crews are scouring the rubble of a corn mill plant for two employees following an explosion that killed at least one person and injured about a dozen others in southern Wisconsin, authorities said Thursday.

Columbia County Sheriff Dennis Richards said during a news conference that 16 employees were working at the time of the blast at the Didion Milling Plant in Cambria, a small community about 45 miles northeast of Madison. The plant processes corn for ethanol.

Richards said one person was killed and two people were still missing as of Thursday morning. Authorities said about a dozen people were injured in the blast, though no details about the injuries have been released.

Dozens of area police, fire and rescue agencies — including medical flight crews — responded after the explosion was reported around 11 p.m. Wednesday at the facility. No information has been released about what may have caused the blast.

Schools in the Cambria-Friesland district closed Thursday because of the incident in Cambria, a village of about 770 residents.