Beef Products Inc. is suing ABC, saying the network's coverage misled consumers into believing the product is unsafe and led to the closures of three plants. 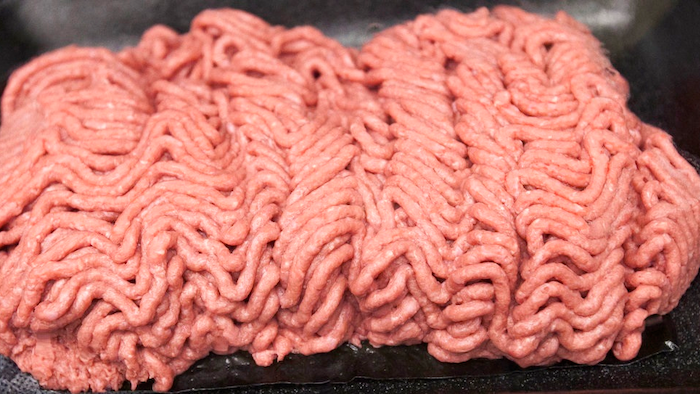 A look at the case:

WHAT'S THE CASE MADE OF?

Dakota Dunes-based Beef Products Inc. sued the television network in 2012, saying ABC's coverage misled consumers into believing the product is unsafe and led to the closures of three plants and layoffs of roughly 700 workers. The reports emphasized that the product at the time was present in 70 percent of the ground beef sold in supermarkets, but wasn't labeled. ABC's attorneys have argued that in each of its broadcasts, the network stated that the U.S. Department of Agriculture deemed the product safe to eat.

WHAT IS LEAN, FINENLY TEXTURED BEEF?

The product can be added to ground beef to reduce the overall fat content. It's made from trimmings left after a cow is butchered. The meat is separated from the fat, and ammonia gas is applied to kill bacteria. Former USDA microbiologist Gerald Zirnstein named the product "pink slime" in a 2002 agency email. He is among several people who have been dismissed from the lawsuit, including ABC anchor Diane Sawyer, leaving just the network and correspondent Jim Avila as defendants.

After the reports aired, some grocery store chains said they would stop carrying ground beef that contained the product. BPI claims sales declined from about 5 million pounds per week to less than 2 million pounds per week. Steve Kay, editor and publisher of Cattle Buyers Weekly, said the fatty trimmings that BPI used for its product lost more than half their value, but the market "recovered fairly quickly."

BPI must show that ABC and Avila made defamatory implications or statements, and that they either knew the statements were false or acted with reckless disregard for the truth. The company also must prove that ABC hurt BPI.

"We look forward to the opportunity to present our case and establish for the jury that BPI has suffered significant financial harm because of the wrongful conduct by ABC," BPI attorney Dan Webb said in a statement.

ABC stands by its reporting. It says in court documents that it accurately presented views and information from "knowledgeable sources on a matter of keen public interest." It says there isn't a "shred of evidence" that ABC meant to convey that the product is unsafe for consumption. The network also disputes that it meant to imply that the product isn't nutritious or isn't a beef product. ABC's attorneys have also argued that the term "pink slime" accurately describes the texture and color of lean, finely textured beef.

"We are confident that when all the facts are presented in court, ABC's reporting will be fully vindicated," said attorney Kevin Baine.

Jane Kirtley, a University of Minnesota media law professor who has followed the case, said the reaction shows people are concerned about what's in their food.

"I think the question is whether you want powerful industries to be able to basically suppress reporting like this on the grounds that it might have a negative impact on their bottom line," she said.

The actual damages BPI is seeking could be as high as $1.9 billion, according to a U.S. Securities and Exchange Commission filing from Disney, which owns ABC. BPI is also seeking "treble" damages, or triple the amount, under South Dakota's Agricultural Food Products Disparagement Act and punitive damages.

ABC has disputed BPI's actual damage figure. The network has also argued that punitive and treble damages can't be recovered and is challenging the constitutionality of South Dakota's treble damage provision.

Kirtley believes ABC has a good defense, but said she's "not really optimistic" that the network will prevail at the trial court level, given a climate of general hostility toward the press. "If they don't use the phrase 'fake news,' I'll be shocked, because it's something that will resonate with a jury," Kirtley said.