Vermont: Don't Use Our Name in Your Beers

The state has a rule to ensure food makers don't misuse the state's name in their products, and it also applies to beer. 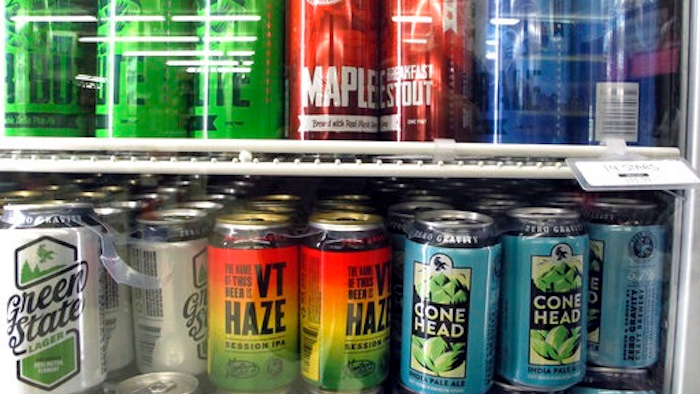 MONTPELIER, Vt. (AP) — Vermont brewers have a message for the rest of the industry: Don't go describing a brew as a Vermont beer if it's not from the Green Mountains.

The Vermont Brewers Association is taking issue with out-of-state brewers using "Vermont" in the names and descriptions of their beer. One target is Berkeley, California's Fieldwork Brewing, which produced a one-off beer described as a "Vermont Farmhouse Ale."

Vermont is home to numerous craft breweries, including The Alchemist, Magic Hat and Hill Farmstead, which draws beer enthusiasts from around the country.

The state also has a rule to ensure food makers don't misuse the state's name in their products. Vermont enforced the rule against a company the state said mislabeled its tins of mints as Vermont products. The company agreed to donate $35,000 to the Vermont Foodbank, pay the state $30,000 and add corrective labeling to its products as part of the 2014 settlement, the attorney general's office said.

The rule covers beer, the attorney general's office said, but it won't say if it's investigating.

"Vermonters can expect that this office will continue to monitor and vigorously enforce Vermont's consumer protection laws with respect to Vermont origins and the Vermont brand," said Christopher Curtis, chief of the public protection division.

A Rhode Island man was indicted in 2011, accused of selling pure cane sugar instead of maple syrup to a Vermont couple. And the year before, the maker of Log Cabin All Natural Syrup said it was getting rid of the product's caramel coloring in response to complaints by producers of maple syrup.

The Legislature may look at the issue next year, he said.

"If people say 'Vermont style' I think that's a little bit of a homage but when they actually say it's a Vermont beer I think that's very misleading," he said.