FDA Pick Will Be Questioned on Industry Ties

Dr. Scott Gottlieb is a physician-turned-health consultant who has criticized what he calls unnecessary FDA regulations. 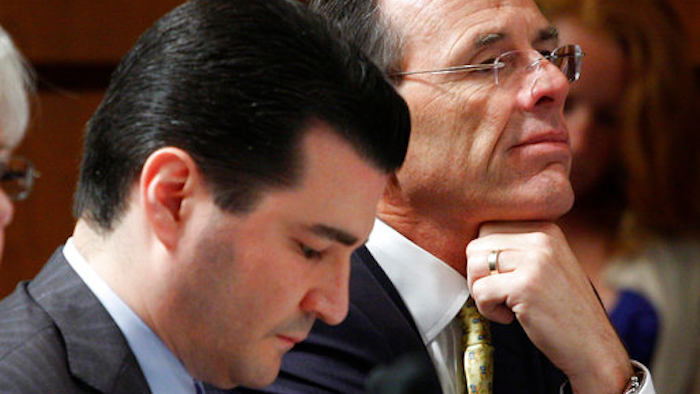 WASHINGTON (AP) — President Donald Trump's nominee to head the powerful Food and Drug Administration is set to appear before a Senate committee to answer questions about his extensive financial ties to medical companies he could wind up regulating.

Dr. Scott Gottlieb is a physician-turned-health consultant who has criticized what he calls unnecessary FDA regulations. But he's no stranger to the FDA — he served as a deputy commissioner under President George W. Bush — and has generally supported its overall mission of ensuring that prescription drugs and medical devices are safe and effective.

Critics have focused on Gottlieb's financial entanglements, citing government data showing he received hundreds of thousands of dollars in consulting or other fees from several FDA-regulated companies in recent years.

In ethics documents filed last week, Gottlieb said that if confirmed he would recuse himself for a year from decisions involving about 20 companies, including giant GlaxoSmithKline. He is a member of Glaxo's portfolio investment board.

Gottlieb's day job is a resident fellow at the conservative American Enterprise Institute. He also holds positions in a venture capital firm and an investment bank, and serves as a board member or consultant to nine health-related companies.

If confirmed by the Senate, Gottlieb, 44, says in his ethics filings that he will resign from those positions and divest himself of financial interests in additional companies.

The FDA regulates a huge swath of consumer products beyond pharmaceuticals and medical devices, including food safety, nutrition labels, cosmetics and electronic cigarettes.