The company says it saw no "discernible" effect from an online boycott spurred by its decision to pull ads from Breitbart.com. 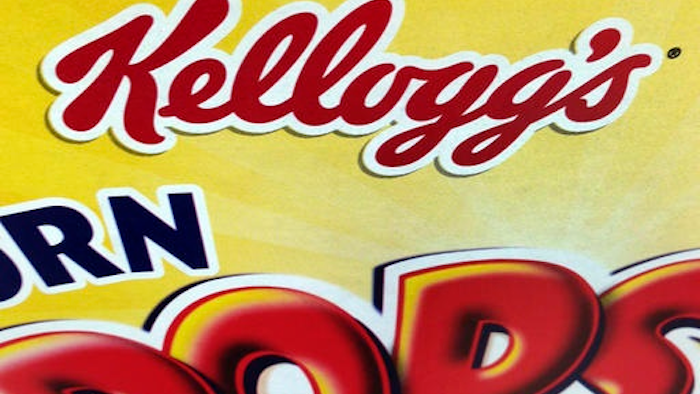 NEW YORK (AP) — Kellogg says it saw no "discernible" effect from an online boycott spurred by its decision to pull ads from a website formerly run by one of President Trump's top aides.

CEO John Bryant said it's difficult to gauge the impact of such consumer actions given the volume of its sales, but that the company did not see any effect it could attribute to the boycott. Kellogg had announced its decision in late November to pull ads from Breitbart.com, which has been criticized for featuring racist, sexist and anti-Semitic content.

The website subsequently called for a boycott of the company.

At the time, Kellogg had said it works with media buying partners to ensure its ads don't appear on sites that aren't "aligned with our values." The company and others have said such ad placement can come about because of automated ad buying programs.

"We had no intention of getting into a political discussion," Bryant said in a phone interview Thursday.

Paul Norman, president of Kellogg North America, also said Thursday that the company generally does not advertise on news sites because there is a chance an ad can end up next a negative story.

For the last three months of 2016, Kellogg said its U.S. cereal sales were flat. The company has been dealing with slumping cereal sales for years as people reach for a variety of different breakfast options and the image of Special K, one of its biggest brands, has become outdated. Its effort to boost cereal's image have included opening a cereal cafe in New York City.

To improve its financial performance, Kellogg has also been slashing costs and this week noted that it will end all direct delivery of products to supermarkets and big-box retailers. Instead, it will ship those products to warehouses before they move to retailers' distribution centers — a system the company already uses for the majority of its products.

Kellogg says the move will free up money to invest in activities like advertising that more directly help boost sales.

While domestic cereal sales were flat in the quarter, sales for the broader U.S. Morning Foods unit dipped as it discontinued some products, such as breakfast shakes. The company noted that the broader cereal category is expected to be flat to down 1 percent in 2017.

The company said its U.S. snacks business, which includes Cheez-Its, Pringles and Special K bars, showed improvement in the quarter, though sales were down 1 percent for the year. A major drag has been Special K, and the company said its aspiration is to stem the double-digit percentage declines in 2016 to declines of about 5 percent or better this year.