The paper drew criticism this week because it was paid for by a group whose members include Coca-Cola, Hershey, Red Bull and Oreo cookie maker Mondelez. 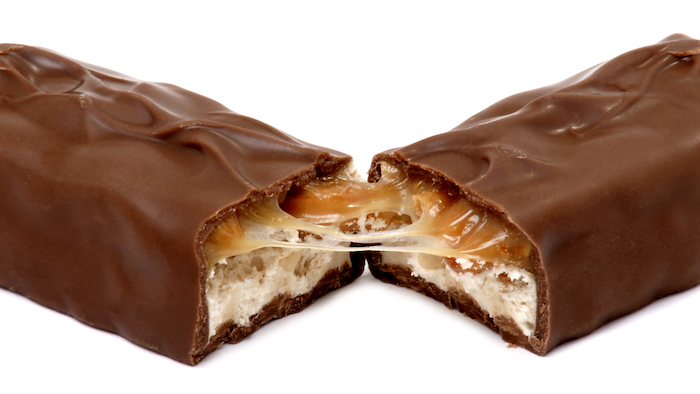 NEW YORK (AP) — Mars Inc., the maker of Skittles and M&M's, is breaking ranks with other food companies and denouncing an industry-funded paper that says global recommendations on limiting sugar are based on weak evidence.

The paper drew criticism this week because it was paid for by a group whose members include Coca-Cola, Hershey, Red Bull and Oreo cookie maker Mondelez.

Mars — which is also a member of the group, the International Life Sciences Institute — said Wednesday the paper undermines the work of public health officials and makes all industry-funded research look bad.

Company spokesman Matthias Berninger said the study, published by the Annals of Internal Medicine, creates more doubt for consumers rather than helping them make better choices.

Emails obtained by The Associated Press show two Mars executives were copied on discussions about the research project last year. But Berninger said Mars was not a driving force for the paper and would make clear to ILSI from now on that it does not support such work.

The situation highlights the potential for conflicts of interest in nutrition science. Critics say the nature of nutrition research leaves the door open for companies to cherry-pick projects that make their products seem healthy, or cast doubt on science that suggests they fuel obesity.

Eric Hentges, ILSI's executive director, said the group devised the concept for examining inconsistencies in sugar guidelines around the world. The paper clearly disclosed how it was funded, but said the authors "wrote the protocol and conducted the study independently from ILSI." On Wednesday, the journal published a corrected version of the disclosure to state ILSI "reviewed and approved" the scope of the protocol, after the AP provided it with emails showing the group sent the authors "requested revisions" on the proposal last year.

Berninger said it was difficult to identify a universal recommended limit on sugar intake, or directly link sugar to specific health consequences. But he said even Mars realizes people consume too much sugar, and wants to help them understand how to cut back.

Despite the criticism, the paper's underlying point takes note of a recognized issue about evidence for dietary recommendations. The U.S. government's guidelines, for instance, have evolved over the years with science.

Bradley Johnston, a professor at the University of Toronto and co-author of the paper, said he studies how researchers come to their conclusions, and the quality of the evidence they use. He noted that the type of causal inferences that can be made between smoking and lung cancer cannot be made with sugar, and that methodologies for developing sugar guidelines could be stronger.

"We think there's room for improvement," he said.

Joanne Slavin, a professor at University of Minnesota who helped write the study proposal, did not list that she received a $25,000 grant from Coca-Cola in 2014. When contacted by the AP, the Annals of Internal Medicine said it was looking into publishing a correction.

Christine Laine, editor-in-chief of the journal, said that grant should have been disclosed, especially since the author disclosed a grant from the Mushroom Council. Laine said she always tells researchers to err toward providing too much information, since it could otherwise "look like you're trying to hide something."

Slavin told The Associated Press she did not disclose some of her funders for reasons including differences in how money can be allocated. She said the Coca-Cola grant came through the university's foundation and such funding is not typically subject to disclosure.

She said she planned to file a new disclosure including the Coca-Cola grant and funding from Quaker Oats owner PepsiCo for an oatmeal study.

"What I'm going to do is list everybody who's funded our research in the last five years in any way, and I hope people aren't mad," Slavin said.

Slavin had also worked on a paper on sugar guidelines in 2012 funded by ILSI. That paper was co-authored by an employee of the group, with feedback from a Coca-Cola executive and others, according to emails obtained by the AP through a public records request. Slavin said she would list the grant for the first ILSI paper in her new filing.

Also in 2012, Slavin presented a session for dietitians sponsored by Coke and Pepsi called "The Confusing World of Dietary Sugars" at an event held by the Academy of Nutrition and Dietetics. A slide for the presentation concluded that efforts to "micromanage" diets by imposing strict dietary rules are difficult to support with science.

Slavin said she did not collaborate with the companies on the talk or receive compensation other than travel reimbursement. Emails obtained by the AP show she inquired afterward about an honorarium, apart from travel expenses, and was told the usual amount was $2,000. But Slavin told the AP she did not have a record of the money being paid.