It's the third straight presidential campaign that the 112-year-old soft drink company has offered candidate-based drinks. 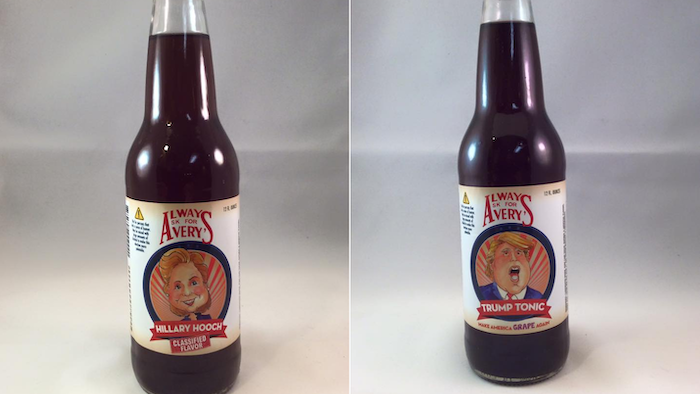 Metz says his company is tracking sales and will post the results weekly on the company's Facebook page.

It's the third straight presidential campaign that the 112-year-old soft drink company has offered candidate-based drinks.

Avery's has a good track record. Barack O'Berry outsold both John McCream in 2008 and Cream de Mitt in 2012.