Krispy Kreme Acquired in $1.35B Deal

JAB Beech Inc. will pay $21 for each share of Krispy Kreme Doughnuts, Inc - about a 25 percent premium on the share listing. 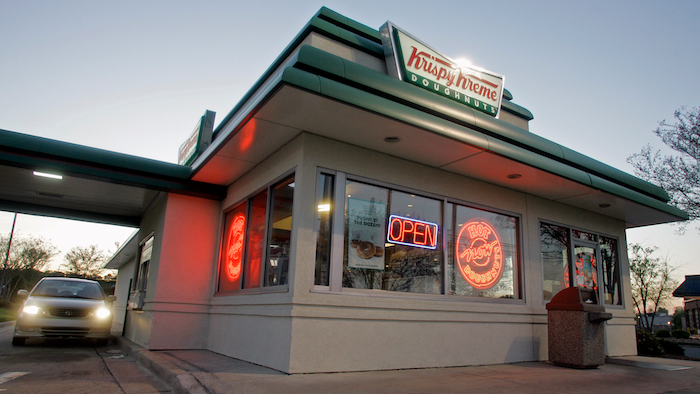 NEW YORK (AP) — Krispy Kreme is being taken private by JAB Beech in a deal worth approximately $1.35 billion. The doughnut company's stock soared more than 23 percent in Monday premarket trading. Krispy Kreme has more than 1,100 shops in more than 26 countries.

JAB Beech Inc. will pay $21 for each share of Krispy Kreme Doughnuts Inc. That's about a 25 percent premium to the Winston-Salem, North Carolina-based company's Friday closing price of $16.86. Peter Harf, a senior partner at JAB, said in a written statement that the acquisition is part of its strategy of investing in brands with significant growth prospects.

The announcement said Krispy Kreme will continue to be independently operated from its current headquarters. Krispy Kreme's board unanimously approved the transaction, which is targeted to close in the third quarter.

The company said that it will postpone its annual shareholders meeting, which was originally set for June 14. Its shares climbed $3.97, or 23.6 percent, to $20.83 in premarket trading about 30 minutes before the market open.