Instead of requiring manufacturers to provide warnings on cans and bottles, the state will require stores to post general warnings at checkout counters and note that some products being sold have liners made with BPA. 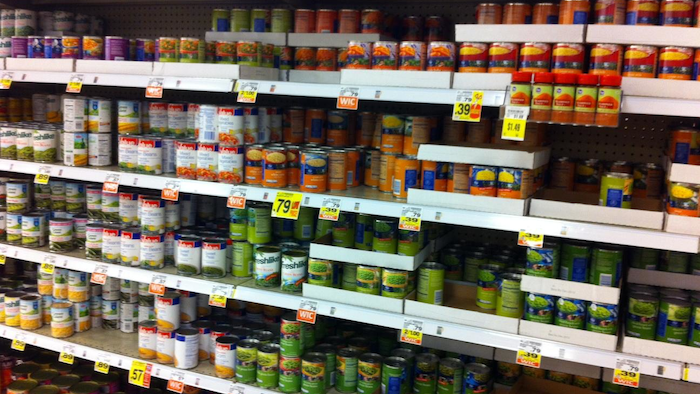 SAN FRANCISCO (AP) — California plans to delay state-required warnings on metal cans lined with the chemical BPA, arguing too-specific warnings could scare stores and shoppers in poor neighborhoods away from some of the only fruits and vegetables available — canned ones, officials said Thursday.

Instead, the state on May 11 will require stores to post general warnings at checkout counters about the dangers of BPA and note that some canned and bottled products being sold have liners with the toxic chemical.

The decision and rationale of the California Environmental Protection Agency are angering some community and public-health groups.

It's "ridiculous. It's paternalistic," said Martha Dina Arguello, executive director of Physicians for Social Responsibility-Los Angeles. "I just can't imagine that it's a better idea not to let us know what's in our food."

The warnings are coming on line in California under the state's Proposition 65, a measure approved by voters in 1986 that requires businesses to notify the public about high levels of chemicals in products or places.

California officials decided last year to add BPA, or bisphenol A, to the list of about 800 other chemicals requiring Proposition 65 notices. Manufacturers use BPA in epoxy liners of some cans, bottles and jars.

Some studies have determined the chemical was an estrogen-like substance that at high levels could harm the female reproductive system.

That 2015 decision by California is controversial. The U.S. Food and Drug Administration banned BPA from baby bottles and sippy cups in 2012, but it says the level of BPA that leeches into food is safe otherwise. The federal agency also is awaiting the results of more studies.

Ordinarily, the state would either require manufacturers to put those warnings on the cans, or make grocers post signs on canned-goods shelves specifically warning that "Brand X tomato sauce, Brand Y green beans" have the targeted chemical in the can, said Allan Hirsch, chief deputy director of the state EPA's Office of Environmental Health Hazard Assessment.

For BPA, though, "we think that would be kind of chaotic," the state official said. "Retailers might react ... by just pulling canned and bottled foods off their shelves entirely," which would be bad news in neighborhoods without good grocery stores.

"We would want to make sure that people, especially in low-income communities, still have access to canned fruits and vegetables. That's certainly better than not having access to them," the state official said.

Hirsch also acknowledged hearing "some concern from retailers" about how the warning is going to work.

Rather than require warnings for specific cans and other goods when the warning-requirement kicks in in May, the state plans to make merchants place general notices saying some cans for sale in the store have BPA.

State officials foresee requiring more specific notices after perhaps a year. That would give can manufacturers more time to label their cans and to see what ongoing medical studies find regarding safe and unsafe levels of the chemicals, Hirsch said.

It's the state's arguments about BPA and canned vegetables in so-called food deserts — neighborhoods too poor to attract top grocery chains — that offend the community groups.

The community representatives say they plan to file protests before a final decision by another state agency that approves such regulatory changes.