Wild Bee Species Critical to Pollination on the Decline

More than a dozen wild bee species critical to pollinating everything from blueberries to apples in New England are on the decline, according to a new study. 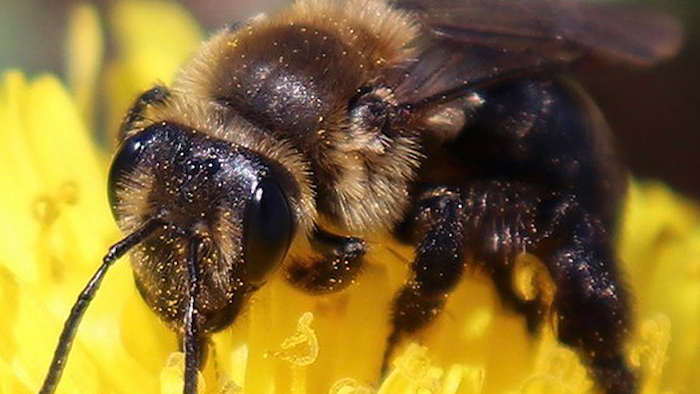 CONCORD, N.H. (AP) — More than a dozen wild bee species critical to pollinating everything from blueberries to apples in New England are on the decline, according to a new study.

Researchers from the University of New Hampshire wanted to understand if the documented declines hitting honeybees and bumblebees were also taking a toll on the lesser studied bee species in New Hampshire.

So they examined 119 species in the state from a museum collection at the college dating back 125 years. Writing in the peer-reviewed journal Insect and Conservation Diversity this month, Sandra Rehan and Minna Mathiasson concluded 14 species found across New England were on the decline by as much as 90 percent. Several of them are leafcutter and mining bees, which, unlike honeybees, nest in the ground.

"We know that wild bees are greatly at risk and not doing well worldwide," Rehan, assistant professor of biological sciences and the senior author on the study, said in a prepared statement. "This status assessment of wild bees shines a light on the exact species in decline, beside the well-documented bumble bees. Because these species are major players in crop pollination, it raises concerns about compromising the production of key crops and the food supply in general." 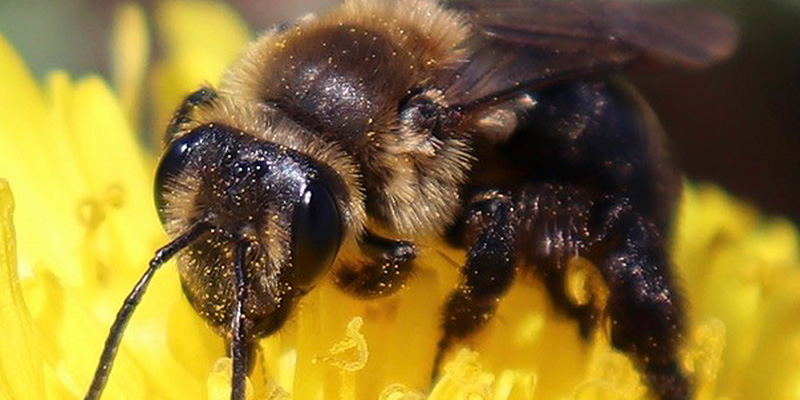 Bees have been on the decline for more than a decade across the globe, and scientists have blamed a range of factors including insecticides called neonicotinoids, parasites, disease, climate change and lack of a diverse food supply. Bees are critical pollinators, and about a third of the human diet comes from plants that are pollinated by insects.

Greg Burtt, who owns Burtt's Apple Orchard in Cabot, Vermont, said he relies heavily on wild pollinators to produce crops. The 9,000-tree orchard covers 10 acres and has been around for a decade.

"Making sure that pollinators in the area are healthy and doing well is definitely something we're concerned about," Burtt said.

Jeff Lozier, a bee expert from the University of Alabama who did not take part in the research, called the study "interesting" and said the findings are a critical step in expanding research into lesser known species of bees. He did, however, caution that researchers studied only bees in New Hampshire and depended upon bees in a museum that were not collected "for the purpose of large scale population surveys."

"The most important use of the data in my view is in providing a baseline set of hypotheses for groups of species that are potentially declining or stable across a much greater set of species than is usually examined, which can then be investigated in more detail to determine why they may be changing," Lozier said in an email interview. "This study doesn't really determine the why quite yet, but gives us a reference point for further study."

Rehan said she hopes the study will inspire other researchers to take a closer look at these rarely studied bee species, including understanding why they are declining. While the museum collection couldn't pinpoint whether possible causes such as urban development or pesticides are behind a drop in their numbers, it did hint a one possible cause: climate change.

The study found that half of those bees on decline were now more prevalent at higher elevations like the White Mountains than in southern areas near sea level like the coastal areas of New Hampshire. As they shift northward, some of the species may not have the access to the same kinds of flowers and plants.

"They have nowhere else to go," Rehan said. "That is the biggest concern."

As for saving these species, Rehan said, some clues could come from wild bees that are faring better. Eight species studied from the collection have seen their numbers increasing in New Hampshire. Researchers could use the success of these wild bees to develop management strategies for those faring worse, Rehan said.

"They are not all declining, and that is important to point out," she said. "It's not so hopeless. There are some bees still faring well. We still have to do better by the bees, but some bees are doing OK."