As Sales Fall in US, McDonald's Eyes Variety of Changes

McDonald's is looking at a variety of changes to win back customers in the U.S.: A new value message to replace the Dollar Menu, breakfast all day, and nips and tucks to improve the taste of its burgers. 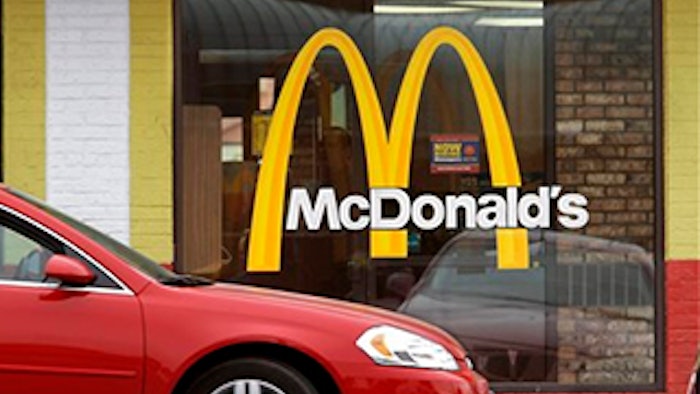 NEW YORK (AP) — McDonald's is looking at a variety of changes to win back customers in the U.S.: A new value message to replace the Dollar Menu, breakfast all day, and nips and tucks to improve the taste of its burgers.

"There is no silver bullet. No one move will turn a business that has been in decline for nearly three years," CEO Steve Easterbrook said Thursday during a conference call with analysts and investors.

The remarks came after the company reported a 2 percent drop in sales at established U.S. stores for the three-month period ended June 30, marking the seventh straight quarterly decline in its flagship market.

McDonald's said customer visits slipped as promotions failed to live up to expectations. Among the offerings during the period were sirloin burgers, which were featured in ads with a revamped Hamburglar character.

Overseas, McDonald's Corp. said the sales figure rose 1.2 percent in Europe. It fell 4.5 percent in the segment including Asia, the Middle East and Africa, as China continued to recover from a supplier issue.

On a global basis, the figure dipped 0.7 percent. Looking ahead, Easterbrook said the company expects improvement in major international markets to help turn global sales positive in the third quarter.

But he noted that the U.S. remains a "little bit of a drag." He said the company has been particularly hurt by its move away from the Dollar Menu, since it wasn't replaced with anything as compelling.

To help fill that void, McDonald's started promoting a $2.50 deal for a double cheeseburger and fries in June. But Easterbrook said during the call that the offer wouldn't satisfy the need for a national replacement for the Dollar Menu, and that the company is exploring is options on that front.

David Palmer, an RBC Capital Markets analyst, noted that the company's move away from the Dollar Menu has diminished the impact of its national advertising that doesn't have a value message.

Still, Palmer said in a note to investors that he thinks change is happening at McDonald's at a faster pace than in the past.

In the meantime, Easterbrook stressed the importance of the small changes the company is making to improve the taste of its food, such as toasting buns longer and changing the way burgers are seared to lock in flavor.

"That gets noticed by customers," he said.

Another sales driver in the longer-term could be making popular breakfast items like the Egg McMuffin available all day. The idea is being tested in San Diego, and Easterbrook said the company is looking at how to simplify other parts of restaurant operations to ensure the offering would work more broadly.

McDonald's, which has more than 36,000 locations around the world, is trying to regain its footing after seeing its profit sink 15 percent last year.

In the U.S., the company is up against changing eating habits and intense competition. Last week, Yum Brands said Taco Bell sales at established locations rose 6 percent for the quarter. The same figure rose 4.3 percent at burrito chain Chipotle and 2.9 percent at Dunkin' Donuts.

McDonald's has admitted it created some of its own problems, such as letting its menu get too complicated. That affected wait times and order accuracy.

For the second quarter, the company earned $1.2 billion, or $1.26 per share. Analysts on average expected $1.23 per share, according to Zacks Investment Research.

Total revenue was $6.5 billion, ahead of the $6.45 billion Wall Street expected.