How Autonomous Manufacturing Will Step Beyond Industry 4.0

The greater operational independence offered by such technologies can allow for focusing more on profits and efficiency. 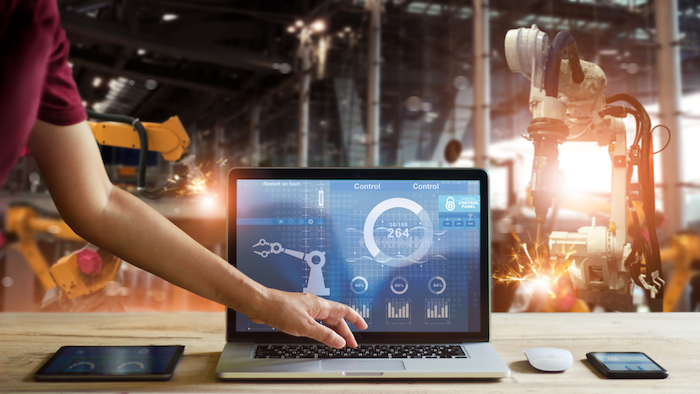 When considering whether or not to use Industry 4.0-based practices, most manufacturers face a basic set of challenges:

Most manufacturers are simply too small to benefit from many of the widest-scope Industry 4.0-type programs that they can put in place. Instead of this kind of focus, autonomous manufacturing can offer a new way of looking at production processes that will - with the right technology - give manufacturers more freedom to achieve their goals and set stronger direction for their firms.

This is possible through three initiatives:

If we consider the margins of the average manufacturing firm, very few can become truly experimental with their primary production processes. For instance, if a factory runs two shifts, six days per week for 50 weeks per year, that makes up 4800 hours of runtime. When considering primary materials cost, labor, energy, consumables, rework, transportation and contract obligations - all the real costs that come with “making stuff” - this means that 1 shift per week of downtime above average could drop a 10 percent-margin business down to 1-2 percent.

As a consequence, one approach will unify most manufacturers most of the time: “if it ain’t broke, don’t fix it”. At the same time, high-mix manufacturers can’t simply look for solutions that improve overall throughput alone. They require solutions that make their processes more flexible.

While downtime and inconsistency can have tremendous costs in their production processes, increasing output can conversely provide the same volume of benefit to the upside. Process improvements based on flexibility and responsiveness to different demands are the name of the game for most manufacturers.

Digitization to the Rescue

High-mix manufacturers stand out here, but as other manufacturers also adopt a “mass customization” framework, everyone will need to think of the best ways to maximize throughput, quality and consumables and energy savings while minimizing downtime, rework and sensitivity to risks like long-term skilled labor shortages.

Processes can widely vary of course - from packing or unpacking to bending, welding, machining, molding, painting, finishing and more. In all cases and particularly for value-added processes, using digitization to generate greater precision and effectiveness in processes can be the first step to unlocking the new productivity most manufacturers need.

Taking these key processes and identifying breakthrough capacities, technologies and process models are the best way for a manufacturer of any size to actually leverage new technology to strengthen the standing of their firm.

Digital Twins - which are common in Industry 4.0 parlance, but typically limited in their use - can offer an opening to adequately digitizing and then automating processes in a more flexible way. Ultimately, with the right perspective and process know-how, these processes can begin to function autonomously with robots or any numerically controlled machine. This autonomy at the process level is ultimately what can give manufacturers more freedom and independence overall.

In this context, we need to think about the factory of the future as something that is not purely digitized in the way that a modern car may now have connected entertainment systems, and be integrated with our mobile devices. Instead, we need to think about making factories, cells and processes autonomous in the same way so many are devoting significant resources to making cars self-driving.

If processes like welding, painting, coating, bending, machining and assembling can be quickly automated no matter, for instance, the batch size of a given production, most manufacturers will finally be freed of the process constraints that often hold their productivity and profitability back.

The Biggest Limitations that Tech Can Actually Address

All that’s required for a Digital Twin to step into real-life processes is any system in which the real-life processes taking place can be planned and validated in a Digital Twin environment. If this can be done in near real-time, the digitization involved won’t just create more precision, but will also allow more rapid adaptation to the types of part mixes that high-mix manufacturers face.

The leap from pen and paper to bits and bytes didn’t just make people more productive. It also made it easier to identify, augment and automate the activity that human beings had previously been responsible for on their own. While we sometimes may feel like we’re slaves to our laptops and smartphones, the reality is that these devices give us more freedom.

By the same token, effectively virtualizing manufacturing processes so that machines can finally think about how to “do it themselves” doesn’t just create freedom for workers, engineers and managers to better manage their priorities. It also creates autonomy for manufacturers themselves. Autonomous machines, processes and systems can give them the ability to more quickly and rapidly respond to customer demands or unexpected costs.

As long as enough product is being processed, packed and shipped with limited rework, limited downtime or a profit on most orders, then most manufacturers can rest easy their business will grow in the long term. In an autonomous manufacturing framework, the actually processed can be addressed the same way we think of a computer program. That predictability means that processes themselves are no longer the issue - the real focus and value-add for manufacturers comes in the design, conception and sourcing of uniquely desirable products.

Ultimately, digitizing functionally requires the use of some kind of digital twin for both parts and manufacturing environments, but in that case, the next step is to empower technology - whether it’s machinery, robots or equipment - to plan and execute processes in a more optimized way that also frees up scarce skilled labor.

While the rest is up to our imagination, the strongest takeaway is this: the concept of digitizing cyber-physical systems is ultimately composed of too many edge cases and stringent demands. The goals of a company that wants to achieve a state of autonomous manufacturing are ultimately more human and more fulfilling ones that start at the very core of the technology it uses.

By creating autonomous processes, you don’t just make things more efficient, but you free people from some of the most demanding and dangerous jobs out there. Ultimately, this has implications for every level of a manufacturing organization, no matter their size. With your most valuable people meeting their goals and still finding better ways to do things, what limits are you really going to have?

By focusing on giving yourself independence - not just from the challenge of meeting deadlines, but from the pain and uncertainty that lies within every step of the value chain - the future of your firm becomes something that you can most assuredly decide for yourself.

Robert Ravensbergen is the Marketing Director at Omnirobotic, a provider of AI and 3D vision-based self-programming robotics technology. Learn more about them at https://omnirobotic.com/.