The factory was famous for making Sweethearts and Necco wafers before abruptly closing in 2018. 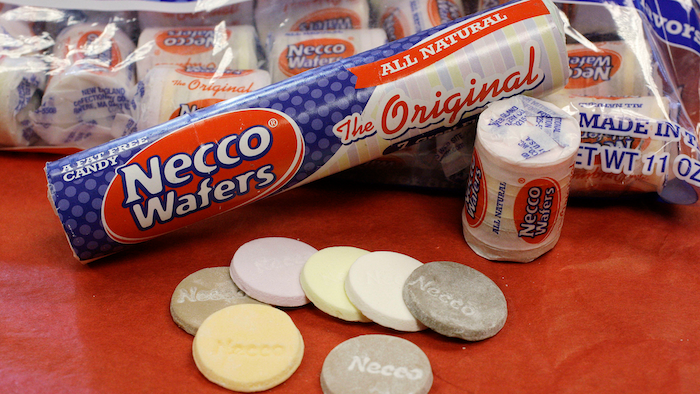 REVERE, Mass. (AP) — Amazon has opened a delivery center in a former Massachusetts candy factory famous for making Sweethearts and other classic confections.

The Seattle-based tech giant said Wednesday that some 200 people will start working at the former Necco factory in Revere, just north of Boston, this week.

The company has leased the 800,000-square-foot (74,300-square-meters) building to sort deliveries coming from its larger distribution centers before they're sent out to area customers.

Massachusetts House Speaker Robert DeLeo, who represents the city, said the center provides a welcome boost to the local economy. Massachusetts had the highest unemployment rate in the nation in June, at more than 17%.

Necco, short for the New England Confectionery Company, was the country’s oldest continuously operating candy company before it abruptly shuttered in 2018.

More than 200 workers were laid off, and its brands, including Sweethearts, its namesake wafers, and the Sky Bar, were sold.

The 50-acre property is owned by Clarion Partners, a New York real estate investment company that bought it for $355 million earlier this year.

How Manufacturers Are Reengineering Themselves — and Their Futures

Increased productivity is just one of the major benefits that autonomous mobile robots can provide FMCG companies.
Jan 7th, 2021

Weaving the Fabric of Manufacturing's Future

If you don’t know your destination and head in the wrong direction, your digital threads could leave you needing a lot of stitches.
Jan 5th, 2021

The greater operational independence offered by such technologies can allow for focusing more on profits and efficiency.
Dec 20th, 2020

Minimizing Stress While Modernizing Your Warehouse

3 Pallet Management Challenges for Manufacturers and Distributors, and How to Avoid Them

When done properly, MRO systems integration can add a significant element of automation and time-savings that drive down supply chain costs.
Dec 9th, 2020

How Manufacturers Can Control Their Facility MRO Costs

Your company is either managing its MRO or being pulled into a miscellaneous random and out-of-control chaos – another type of MRO.
Dec 9th, 2020
Follow Us
Most Recent