Income Gap Widens as US Factories Close Down

Globalization, automation and recession destroyed nearly 6 million US manufacturing jobs between 2000 and 2009. Nationally, manufacturing declines accounted for 40 percent of the increase in joblessness from 2000-2011. And the middle class was hit hardest. 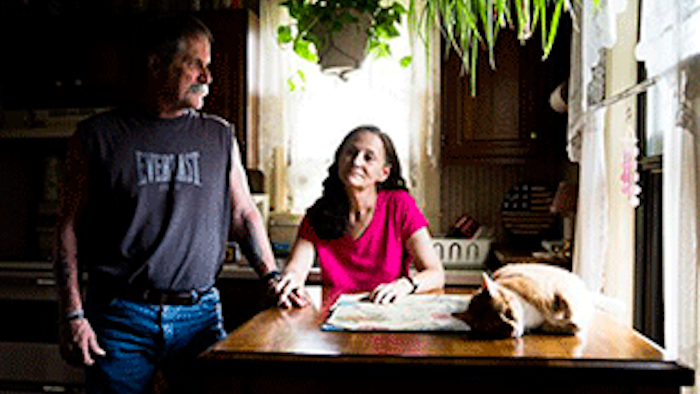 READING, Pennsylvania (AP) — In August 2008, factory workers David and Barbara Ludwig both treated themselves to new cars. With David making $22 an hour and Barbara $19, they could easily afford the payments.

A month later, Baldwin Hardware, a unit of Stanley Black & Decker Corp., announced layoffs at the Reading plant where they both worked. David was unemployed for 20 months before finding a janitor job that paid $10 an hour, less than half his previous wage. Barbara hung on, but she, too, lost her shipping-dock job of 26 years as Black & Decker shifted production to Mexico. Now she cleans houses for $10 an hour while looking for something permanent.

They still have the cars. The other trappings of their middle-class lifestyle? In the rear-view mirror.

The downfall of manufacturing in the U.S. has done more than displace workers and leave communities searching for ways to rebuild devastated economies. In Reading and other American factory towns, manufacturing's decline is a key factor in the widening income gap between the rich and everyone else, as people like the Ludwigs have been forced into far lower-paying work.

It's not that there's a lack of jobs, but gains often come at either the highest end of the wage spectrum — or the lowest.

"A loss of manufacturing has contributed to the decline of the middle class," said Howard Wial, an economist with the Brookings Institution and the University of Illinois at Chicago. "People who are displaced from high-paying manufacturing jobs spend a long time unemployed, and when they take other jobs, those jobs generally pay substantially less."

Globalization, automation and recession destroyed nearly 6 million U.S. manufacturing jobs between 2000 and 2009. In Pennsylvania, between 2001 and 2011, 258,000 middle-income factory jobs were lost. At the same time, Pennsylvania added jobs at the lower end of the wage spectrum — in health care and social services — and at the highest end, in sectors like management and finance.

Berks County, of which Reading is the county seat, is a mirror of that larger problem.

Decades ago, Reading was a mighty manufacturing town where the Reading Railroad — once the world's largest company, now a spot on the Monopoly game board — built a 19th-century transportation empire, and factories produced everything from hats to hardware. At one time, the city boasted so many manufacturing jobs that you could quit one, cross the street and easily land another, longtime residents say.

"You made a very, very good middle-class living. You could get a new car every couple years, send kids to college," recalled Ed McCann, Berks County's longtime director of workforce development.

Then the factories shut down. The wealthy fled to the suburbs, their grand Gilded Age mansions carved up into apartments, and poor immigrants moved in. Now Reading, population 88,000, is one of the nation's neediest cities, with more than 40 percent of its residents living in poverty, up from 19 percent in 1990.

As poverty grew, so too did the gap between the rich and everyone else. The difference between the income earned by the wealthiest 5 percent in Berks County and by a median-income household rose 13.2 percent in 20 years, according to the U.S. Census Bureau. Nationally, the wealth gap became even more pronounced, increasing 15.8 percent.

Six years after David Ludwig lost his factory job, the couple have exhausted their retirement savings. They don't go out to eat or spend on their grandchildren.

Barbara, 56, said she has applied for more than 200 jobs since January and gotten one offer, as a shipping clerk, for $7.50 an hour. She has lost 40 pounds (18 kilograms), blaming it on the stress.

"I don't mind wearing the big baggy clothes, but just to put money aside to buy one or two bras because I lost too much weight, I couldn't even do that. It sounds silly, but it's true," she said.

The latest wave of plant closures, beginning around the turn of the millennium, hit companies like Dana Corp., Agere Systems, Luden's, Glidden and Baldwin Hardware. Some 9,300 jobs evaporated between 2001 and 2011 — nearly a quarter of Berks County's manufacturing base, according to Penn State economists Theodore Alter and Theodore Fuller. They were replaced by jobs in lower-wage sectors like education and especially health care, a phenomenon that has played out around the state and nation.

"The manufacturing sector was decimated, and the people who had those skills had no place to go," said Karen Rightmire, a longtime official with the United Way charity who now runs the Wyomissing Foundation, a private philanthropy outside Reading. "The days of the factory job that just required a strong back are gone."

Nationally, manufacturing declines accounted for 40 percent of the increase in joblessness from 2000-2011, according to labor economist Erik Hurst. And the middle class was hit hardest.

For high-income college graduates, "It doesn't look like there was a recession," said Hurst, of the University of Chicago. "For lower-skilled (manufacturing) workers, the recession comes along, you get a big decline in employment, and it hasn't rebounded at all."

But not everyone has the aptitude or desire.

Vicki Henshaw serves on a rapid-response team that helps laid-off factory workers. She said they are typically older, with high school diplomas and outdated skills.

"You know the struggle they are going to have to even come close to the wage they were receiving," said Henshaw, executive director of labor-affiliated United Community Services in Reading. "You look at them and you feel the despair. Their lives are now in utter turmoil."

While the manufacturing picture has brightened a bit nationally — with the U.S. adding hundreds of thousands of jobs in recent years — it's an open question whether the sector is truly making a comeback or the gains are merely cyclical following the recession.

Brian Waldbiesser, for one, isn't betting on a manufacturing renaissance.

The 41-year-old father of two saw little choice but to go back to school after losing his $19.50-an-hour job at battery maker Exide Technologies, where he had put in 19 years. After a year of unemployment, he is struggling to pay the bills, and he no longer considers himself middle class.

Waldbiesser, who has tapped a federal program for workers hurt by foreign competition, is studying psychology — and psyching himself up for better times.

"I don't want this to be a sob story about me," he said. "What I would like for people to take from my story is that even though I am struggling, and it is radically different from where I was, if you seize the opportunities that are in front of you, there are opportunities out there to better yourself."

How Extended Reality Is Improving Maintenance and Training

Unanticipated and disruptive events have made strategies that optimize the digital thread more important than ever before.
Sep 13th, 2021

The opportunity for growth over the next few years is clear, if bakeries can clear the hurdles to achieving it.
Aug 20th, 2021

Q&A: What is the Outlook for Smart Factories?

"Smart Factory" has rapidly gone from concept to commonplace in manufacturing. What exactly are smart factories and what's their near-term outlook? We chat with a Deloitte expert about it.
Aug 18th, 2021

One resident described it as a “'rotting, dog food-like excrement smell."
Aug 18th, 2021

Every manufacturer should make employee safety a top priority, and sometimes the answer is as simple as looking up.
Aug 16th, 2021

For many, shifting to digital solutions was a goal for the future. Then came COVID-19.
Aug 13th, 2021
Follow Us
Most Recent