Erin Collins of Freeport this week took over 99-year-old Haven's Candies in Westbrook, which counts Intel and HBO among its customers. Haven's was founded in 1915 by Herbert Haven in Portland. 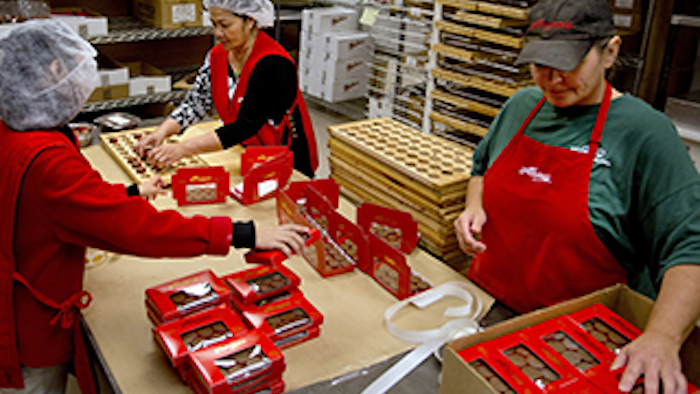 Erin Collins of Freeport this week took over 99-year-old Haven's Candies in Westbrook, which counts Intel and HBO among its customers.

The 36-year-old Collins, who spent the last 15 years in the financial services industry, tells the Portland Press Herald her new venture is a real honor.

Haven's was founded in 1915 by Herbert Haven in Portland. The company employs 28 people at its factory in Westbrook and retail locations in Portland and Scarborough. No employees are expected to be affected by the change in ownership. Collins is the seventh owner in company history.

Haven's now has about $2 million in annual sales.