Let There Be (LED) Light

Although lighting only contributes a smaller portion to the overall energy consumption of Paulaner Brewery, it strives for reducing CO2 emission in that area and increasingly relies on the use of energy efficient LED lighting fixtures.

Although lighting only contributes a smaller portion to the overall energy consumption of Paulaner Brewery, it strives for reducing CO2 emission in that area and increasingly relies on the use of energy efficient LED lighting fixtures.

The Paulaner Brewery Group includes the beer trademarks Paulaner, Hacker-Pschorr, AuerBräu, Thurn & Taxis und Hopf, and has about 800 employees. It is the leading exporter of Bavarian beer specialities to the most important foreign markets (Italy, USA, France, and Spain). In 2010 the Paulaner Brewery Group distributed almost 3 million hectolitres of beer.

Environmental protection has always been of prominent importance to the Munich-based, worldwide renowned Paulaner Brewery Group. Its well-proven environmental management system documents, according to DIN ISO 14001, how the eco-balance is being permanently improved and makes the measures visible. Every year objectives and projects to reduce energy and water consumption are defined. Although lighting only contributes a smaller portion to the overall energy consumption of the Paulaner Group, it strives for reducing CO2 emission in that area and increasingly relies on the use of energy efficient LED lighting fixtures.

The 8 m high and 120 m long covered truck driveway had been equipped with 14 downlight fixtures for 400W HID lamps with an on-time of approximately 2,000 hours per year. The department manager for electrical equipment, Harald Zeiller, describes the issue:

“We could not switch the fixtures on and off on demand since the metal halide lamps need to cool down for approximately ten minutes before you can turn them on again. And then it takes almost the same amount of time until they have regained their full intensity. Furthermore, the maintenance costs haven’t been insignificant.” They looked for a powerful, energy-saving and low maintenance lighting system that in addition increases the quality of light in the driveway and thereby the safety for pedestrians.

Zeiller opted for the LED High Bay fixtures from Dialight.

“Besides the mere technical data and the saving potential I was especially impressed by the five year manufacturer warranty,” he says. “Also important to me were the easy mounting and the special design of the cooling fins which makes it very unlikely that the inevitable deposit of diesel exhaust particulate will significantly compromise the cooling function.”

The LED High Bay fixtures have been combined with a newly installed EIB bus system and are switched on and off in groups controlled by a light sensor. This results in further 30 percent energy saving, in addition to the already greatly reduced system power consumption of 2.4 kW compared to the former 6.2 kW, which has been realized solely by switching to LED technology. Thus a further contribution to achieving the environmental goals for 2011 has been made.

“The new light is of a completely different quality, it provides better contrast and is more brilliant,” Zeiller comments. And to increase the safety for the pedestrians walking through the driveway he has even invested in two more fixtures.

Altogether the team at Paulaner is very satisfied with the new LED lighting and also with the cooperation with Dialight. Says Zeiller: ”From sampling to shipping, everything went quickly and hassle-free, and if the quality furthermore holds what Dialight promises, there is by all means an opportunity for further installations.” 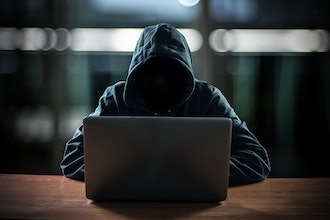