US Faces Turkey Glut Ahead of Thanksgiving

Thousands of turkey farmers fear they'll be left with too many big turkeys and not enough small ones.

We’re only about a month away from Thanksgiving, a holiday symbolized by one food staple above all others: Turkey. But with the pandemic altering plans for much of the United States, as well as poultry factories, it’s made things considerably difficult for turkey farmers trying to forecast how much product they can expect to sell.

The Washington Post reported Oct. 19 that many of the country’s approximately 2,500 turkey farms fear that they’ll be left with too many big turkeys and not enough small ones. This is because there likely won’t be nearly as many large Thanksgiving gatherings this year due to concerns over COVID-19, which will also lead to far less people going out for their holiday meals. Many Americans may opt to have smaller gatherings, for which smaller turkeys would be better suited. Others, still, may decide to go turkey-less.

All these factors mean a lot of uncertainty for turkey farmers, poultry processors and retail stores that like to shore up their supply plans months before the holiday.

And turkey producers’ supply problems began well before the onset of Thanksgiving. Though some farmers get between a quarter and half of their annual sales from November and December sales, demand has been suppressed from the closure of institutions who buy poultry via wholesale, as well as the cancellation of state fairs, theme parks and other events that serve turkey legs.

Besides the issue of consumer demand, the turkey market is dealing with processing plants that are trying to maintain pandemic-related safety measures and retailers that may adjust their product mix — relying on more ready-to-eat meals, sales of turkey-by-the-pound and plant-based products that mimic turkey and other Thanksgiving food staples.

According to the University of Illinois, Americans eat 46 million turkeys each Thanksgiving, far more than Christmas’ 22 million. 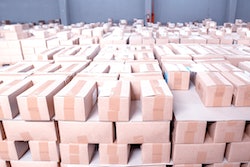