German food company Knorr will change the name of its “Zigeunersauce,” or "gypsy sauce" to "Paprika Sauce Hungarian Style." 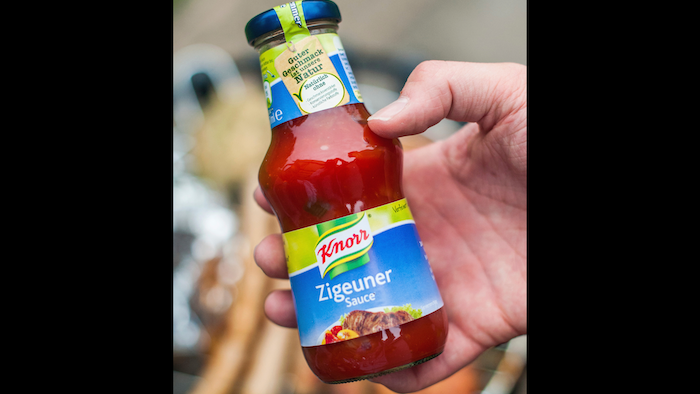 In this 2014 photo, a man holds a bottle of "gypsy sauce" from the manufacturer Knorr in his hand in Berlin, Germany.
Hauke-Christian Dittrich/dpa via AP

BERLIN (AP) — One of Germany's best-known food companies said it will rename a popular spicy dressing because of the racist connotations of its name.

Food company Knorr will change the name of its “Zigeunersauce,” or "gypsy sauce" to "Paprika Sauce Hungarian Style," the German weekly Bild am Sonntag reported Sunday.

“Since ‘gypsy sauce’ can be interpreted in a negative way, we have decided to give our Knorr sauce a new name,” said Unilever, the international consumer goods group that owns Knorr. Unilever could not independently be reached for comment on Sunday. 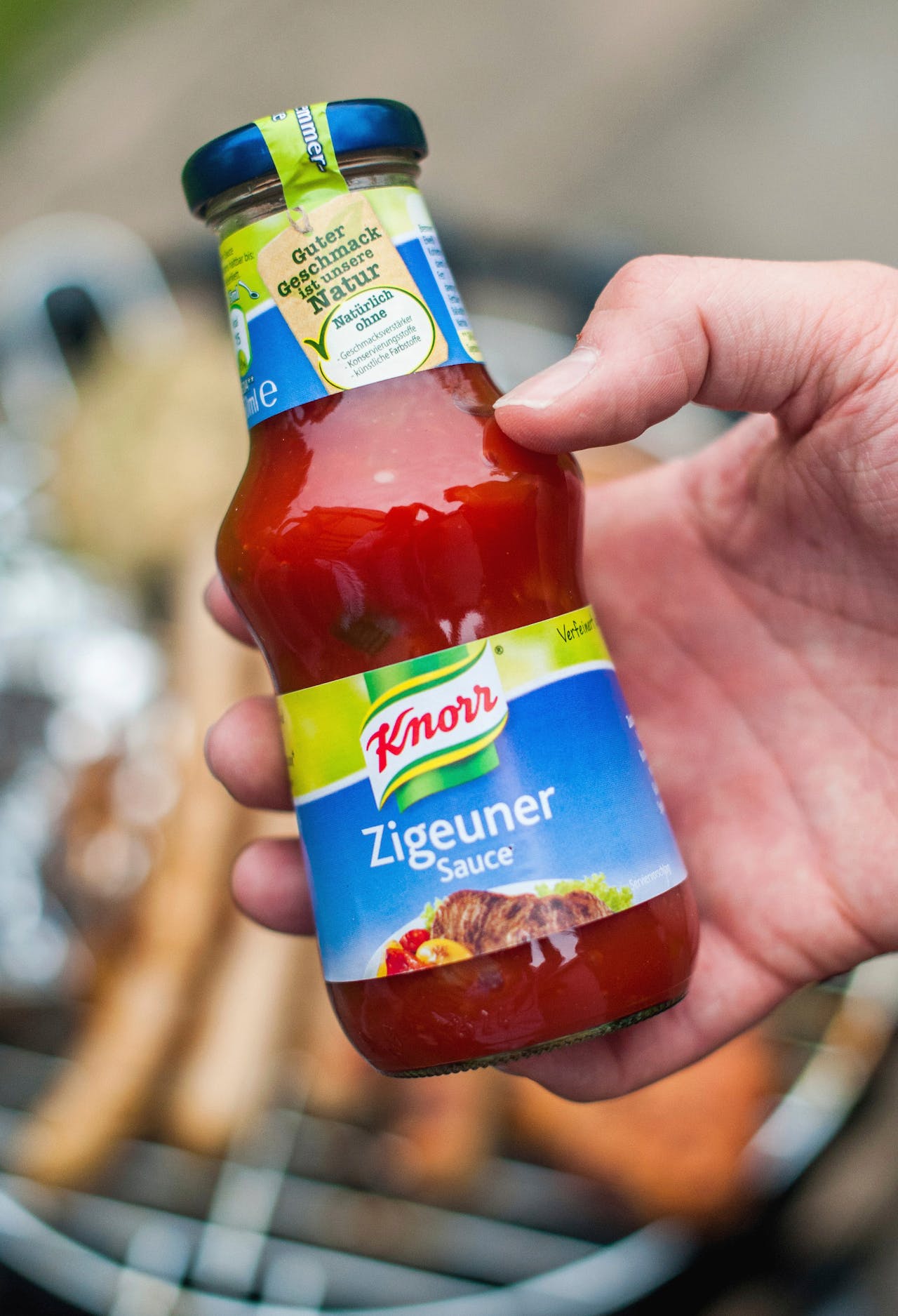 In this 2014 photo, a man holds a bottle of "gypsy sauce" from the manufacturer Knorr in his hand in Berlin, Germany.Hauke-Christian Dittrich/dpa via APThe popular spicy sauce, a staple in many German households, will within a few weeks show up with the new name in supermarkets across the country, Bild am Sonntag reported.

Civil rights groups have for years called for the renaming of the brand, but in 2013, the company rejected the demand, the German news agency dpa reported.

The renaming of the brand follows recent international debates over racism, especially in the United States, where big national companies have also renamed traditional brands in response to concerns about racial stereotyping.

“Zigeuner” is a derogative German expression for the Roma and Sinti minority groups who have lived in many European countries for centuries. Roma and Sinti are still discriminated against in Europe. They often live below the poverty line and on the margins of society without equal access to education, jobs, or the opportunity for upwards mobility.

The terms “Zigeunersauce” has been used in Germany for more than 100 years to describe a hot sauce based on tomatoes with small-chopped pieces of bell pepper, onions, vinegar and spices like paprika. It's mostly served with meat.

A popular dish with the sauce that's often served in traditional German restaurants is called “Zigeunerschnitzel,” or “gypsy schnitzel.” That name is also still used on many menus across the country nowadays — despite much criticism.

Roma and Sinti organizations in Germany have long pointed out that the sauce is not even part of their traditional cuisine and they have also demanded for years that the name be abolished.

The head of the Central Council of German Sinti and Roma welcomed Knorr's decision to no longer use the term.

“It is good that Knorr reacts to the complaints of apparently a lot of people,” Romani Rose told Bild am Sonntag. However, he added that more than the discriminating nature of the sauce's name, he was worried by the increasing racism against minorities in Germany.

He noted how some soccer fans in Germany chant the words “Zigeuner” or “Jude" — Jew — to insult players or fans of opposing teams during matches.

The number of complaints about racism has more than doubled since 2015, the agency said.

There have also been a rising number of racists attacks in Germany recently, including the killing of nine immigrants in Hanau in February and the attack on a synagogue in Halle last year by far-right extremists.