Survey: 85% of Americans Have Changed What They Eat During Pandemic

60% of Americans report cooking at home more and 32% are snacking more. 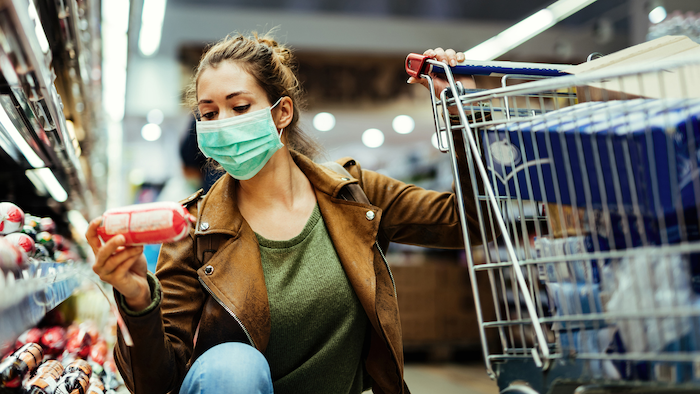 WASHINGTON — If the COVID-19 pandemic has had big impacts on how you’re eating, shopping for food and thinking about food you’re far from alone. According to the International Food Information Council’s (IFIC) 2020 Food & Health Survey, 85% of Americans have made at least some change in the food they eat or how they prepare it because of the coronavirus pandemic. 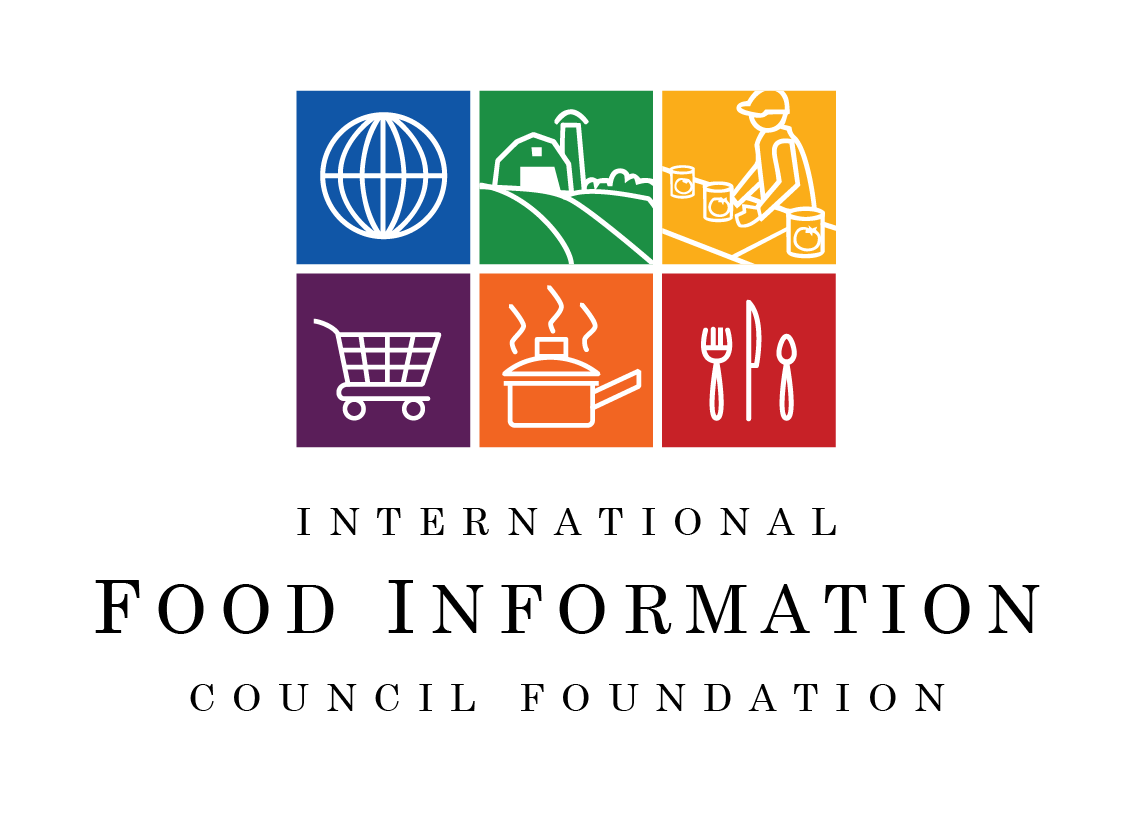 With the dawn of the new decade, the 2020 edition of the survey — marking the 15th consecutive year IFIC has examined consumer perceptions, beliefs and behaviors around food and nutrition — also looked back on trends from the past 10 years. Long-term trends indicate a growing emphasis on the healthfulness of our diets—while in the shorter term, the number of Americans who are following a diet or are concerned about environmental sustainability continues to increase.

COVID-19 Is Having Sweeping Impacts on Eating, Purchasing of Food

COVID-19 has also upended almost every aspect of our daily lives, not the least of which includes our eating and food-purchasing habits. Among the 85% who have made any change, the biggest — far and away — is that 60% of Americans report cooking at home more. Respondents also say they are snacking more (32%), washing fresh produce more often (30%) and thinking about food more than usual (27%).

At the same time, a separate IFIC survey in May found substantial erosion in our risk-reduction practices during and after grocery shopping, compared to April, in areas such as hand-washing after trips to the grocery store, minimizing contact with surfaces and using wipes and hand sanitizer. “Whether these particular impacts of the pandemic are only temporary remains to be seen,” said Joseph Clayton, president and CEO of IFIC. “But it’s hard to think of another recent event that has had such far-reaching effects, and in such a short period, on how we purchase, prepare and consume foods and beverages.”

Worries about the coronavirus are also reflected in big changes to our views of food safety. While overall confidence in the safety of the U.S. food supply is virtually unchanged (67% in 2020 versus 68% in 2019), food handling and preparation related to coronavirus risk are now at the top of the list of food safety concerns. COVID-19 was the top food safety issue for 24% of Americans, a debut that corresponded with a decline in concerns since 2019 over the top four food safety issues apart from COVID-19: foodborne illness, chemicals in food, carcinogens in food and pesticides/pesticide residues.

Where Americans purchase and consume their food has a big influence on how concerned they are about food safety. For instance, nearly half (49%) of consumers are at least somewhat concerned about the safety of food that was prepared outside their homes, such as takeout or delivery. A similar number (46%) are concerned when they eat outside the home, such as in restaurants. Trailing behind are those who are concerned about food safety when shopping for groceries online (42%), shopping for groceries in-store (36%) and preparing meals at home (30%).

It might come as little surprise that parents with children under 18 — many of whom are stuck at home juggling Zoom meetings and antsy kids—have seen their food concerns and routines disrupted by COVID-19: 43% of them are concerned about in-person grocery shopping versus 33% of those without children under 18, and 41% of parents are snacking more as a result of the coronavirus pandemic, compared to 29% of non-parents.

The 2020 Food & Health Survey also provides an opportunity to examine some of the more significant trends in food attitudes and behaviors since 2010. The factors with the most influence on our food-purchasing decisions, tracked by the survey, have remained relatively stable over the past decade, with taste consistently dominating the list, followed by price, healthfulness, convenience and sustainability (specified as “environmental sustainability” since last year).

More recently, the impact of environmental sustainability on food purchases jumped significantly — to 34% in 2020 from 27% last year. A variety of other IFIC data in recent years has shown widespread interest in sustainability, as it relates to the food system. Still, 63% say it is hard to know whether their food choices are environmentally sustainable.

Attitudes toward health have also changed in the past decade. More than half (54%) of all consumers say the healthfulness of their food choices matters more now than it did in 2010. For many, the aging process itself may play a large role in this transition, exemplified by the fact that 63% of people age 50 and up indicate that healthfulness has more of an impact now, compared to 46% of those under 50 who say the same. In addition, 58% of respondents say their overall health has more emphasis on their food decisions now than a decade ago, while 53% say their weight has more emphasis on those decisions than it did in 2010.

However, when asked what they saw as the biggest changes in an average American’s diet since 2010, 24% cited greater amounts of fast food and eating out, followed by more processed food (20%). Lagging far behind were healthier food options (including organic) at 12%, more sugar in diets (11%), overeating/unhealthy portion sizes (10%) and more dieting (10%).

An increasing focus on healthfulness over the past 10 years may be linked to a growing number of people who say that they’re following a specific diet – some of which fall squarely in the category of “food fads,” while some have evidence-based staying power. In 2020, 43% say they have followed a specific diet or eating pattern within the past year, an increase from 38% in 2019, with intermittent fasting (10%), clean eating (9%), ketogenic or high-fat (8%) and low-carb (7%) diets being the most popular. The top motivators for new diets are losing weight (47%), feeling better and having more energy (40%), improving physical appearance (39%), protecting long-term health and preventing future health concerns (37%) and preventing weight gain (36%).

Fewer Americans are avoiding sugars this year, although it is still a very common practice: 74% are trying to avoid or limit sugars, compared to 80% in 2019. The top ways they are doing so is by drinking water instead of caloric beverages (60%) and limiting consumption of certain foods and beverages (42%). The most popular reasons people avoid sugars include not wanting extra calories (46%), believing that sugar is unhealthy (42%) and thinking it helps them lose or maintain weight (40%).

Overall familiarity with the MyPlate food-guidance graphic has also increased from 2019: 45% know a lot or a fair amount about it, compared to 38% in 2019. Younger consumers (62% of those age 18 to 34) are more familiar with MyPlate than those who are 35 and older (37%), while parents of children under age 18 (59%) are more familiar than those without kids (39%). These shifts are particularly significant given that the process of developing the DGA for 2020–2025 is currently underway.

The results are derived from an online survey of 1,011 Americans ages 18 – 80, conducted April 8 to April 16, 2020. Results were weighted by age, education, gender, race/ethnicity and region to ensure that they are reflective of the American population, as seen in the 2019 Current Population Survey. The survey was conducted by Greenwald & Associates, using Dynata’s panel.

The mission of International Food Information Council, a 501(c)(3) nonprofit, is to effectively communicate science-based information on health, food safety and nutrition for the public good. IFIC is supported primarily by the broad-based food, beverage and agricultural industries. Visit http://www.foodinsight.org. 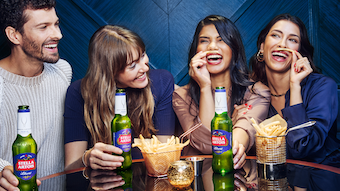 From ube cakes to mochi muffins, bakeries that sweetly encapsulate growing up Asian and American have been popping up.
Aug 25th, 2021
Follow Us
Most Recent