Weather impacts from earlier-than-normal winter temperatures and Hurricane Dorian may end up shorting the North American supply of potatoes for French fry producers and raising prices across the board.

Bloomberg reported Monday that the United Potato Growers of Canada estimates that 18 percent of Manitoba’s 12,000 potato acres were left unharvested due to a cold and wet fall season, and about 6.5 percent of Alberta’s potatoes are estimated to be frost damaged. Meanwhile, the US Department of Agriculture’s Nov. 8 report forecasts that 2019 domestic potato output will fall 6.1 percent to its lowest mark since 2010. In the country’s top producing state, Idaho, output is expected to be down 5.5 percent. The country's fourth, fifth and sixth-top producing states (though dwarfed by Idaho and Washingon at Nos. 1 and 2) of Oregon, North Dakota and Colorado are estimated to be down 16.0, 11.8 and 9.5 percent, respectively.

Bloomberg notes that compounding the shortage is the issue of undamaged potatoes coming in smaller, whereas makers of French fries typically prefer longer potatoes.

Growing regions in Canada and the US were hit with cold and wet weather in October, bringing on an early frost. Some areas, such as Manitoba, North Dakota and Minnesota had snow and rain, leaving potato fields unable to be harvested.

Bloomberg cited a Rabobank senior grains and oilseeds analyst noting that the tight supply will likely lead to climbing potato prices, along with rising international prices as a result of the US being unable to export as much product as usual.

“Processors are desperately trying to find products in order to offer us the chips and french fries we all love, but apparently harvest has been tough, snow came in early and potatoes are a vulnerable crop,” Sylvain Charlebois, director of the Agri-Foods Analytics Lab at Dalhousie University, told CTV News Channel on Monday.

Charlebois added that it’s possible consumers could be served smaller portions of fries for the same price as a way of eateries dealing with the shortage. 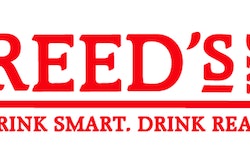