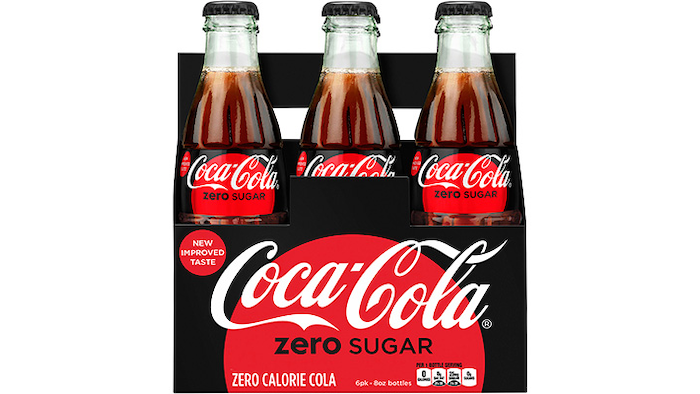 This photo provided by Coca-Cola shows a six-pack of bottled Coca-Cola Zero Sugar. Coke Zero is getting a makeover as Coke Zero Sugar in the United States. The new cans and bottles, which will incorporate more red like regular Coke, will start hitting shelves in August 2017. The company says people didn’t always understand that Coke Zero’s name means it has no calories. The push comes as Diet Coke’s sales continue to decline. (Rodger Macuch/Courtesy of Coca-Cola via AP)

Atlanta-based Coca-Cola Co. says the new cans and bottles, which will incorporate more red like regular Coke, will start hitting shelves in August.

The company notes that the newer version of the drink has already been launched in some other countries. That may allay concerns that the revamp won't go over well with fans, such as the infamous 1985 rollout of "New Coke," or PepsiCo's more recent recipe change for Diet Pepsi. PepsiCo had removed aspartame, which it said people didn't like. But then it brought back a version of Diet Pepsi with the artificial sweetener after sales fell.

The push behind Coke Zero comes as people continue moving away from Diet Coke in the United States. Coca-Cola in the past has blamed the declines on concerns over the aspartame used in the drink, though the ingredient is also used in Coke Zero, which has enjoyed growth globally.

"It may surprise you to learn, but it's true," Quincey said.