The company expects the project to represent an investment of $120-140 million.

The company's Investor Day presentation said Hostess has purchased a new facility in Arkadelphia, Arkansas — a town of about 11,000 residents that is a little southwest of the center of the state.

In a call with investors, Hostess executive vice president and chief growth officer Dan O'Leary said the company expects the project to represent an investment of between $120 million and $140 million and that the facility spans 330,000-square-feet.

A news release from Hostess said the expansion is expected to create about 150 new jobs over the next three years.

Lexana, KS-based Hostess plans to transform the Arkadelphia facility into a "bakery of the future" and that it will be its most efficient and "greenest" operation yet.

O'Leary said the new plant will unlock about 20 percent capacity across Hostess' cake and Donette platforms and is expected to support the company's growth algorithm through 2028, based on its current demand projections. He added that the new bakery will enable continued innovation across Hostess' product portfolio and provide the necessary space to support additional production lines in the future beyond 2028.

"Unburdened by pre-existing constraints, this facility will leverage all of the best practices accumulated across our bakery network to become our most efficient and flexible operation," O'Leary told investors. "We have taken a sustainability first design approach to this project and are committed to making this the greenest hostess facility we have, which supports our ESG agenda. And as a conversion of an existing facility, Arkadelphia is not only our lowest cost option, but also the most sustainable.

Design and construction at the facility is ongoing, and Hostess expects it to be operational in the second half of 2023. O'Leary didn't mention how many jobs the new bakery is expected to add. 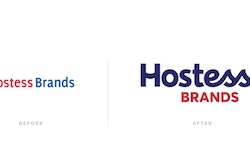 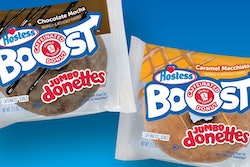