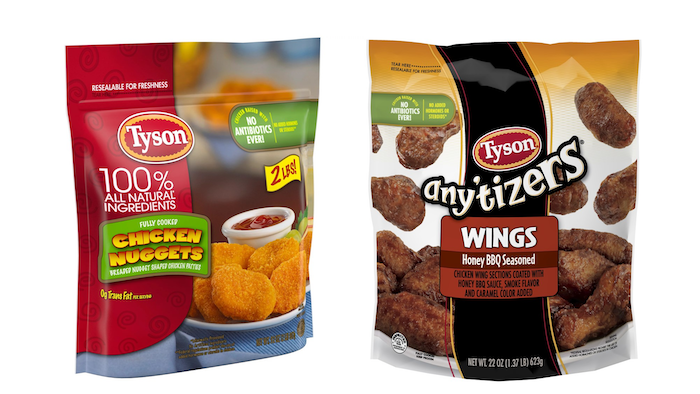 The Arkansas-based company plans a 325,000-square-foot (30,200-square meter) facility at Cane Creek Centre, an industrial park jointly owned by the county and the city of Danville, and is committing to purchase 60 million pounds (27 million kilograms) of Virginia-grown chicken over the next three years, officials said in a statement.

Virginia competed with North Carolina for the project.

“Tyson Foods has been a major employer in Virginia for more than five decades and continues its growth trajectory with this new operation in Danville-Pittsylvania County, creating hundreds of quality jobs for the citizens of Southern Virginia,” Northam said in a statement. ”We look forward to many years of success.”

Matt Rowe, economic development director for the county, said average annual salaries for the positions will be substantially above the prevailing average wage in the county at around $40,000 to $45,000, the Danville Register & Bee reported.

Tyson will make fully cooked foods including Any’tizer Snacks and chicken nuggets. Raw product will be brought into the facility, Rowe said, stressing that it will not be a slaughterhouse.

Headquartered in Springdale, Arkansas, Tyson employs more than 2,000 people across Virginia in its hatchery, grain, and processing operations — in Richmond-area Henrico County and on the state's Eastern Shore.

“Our continued focus on consumer-driven innovation will accelerate this momentum and our investment ... will help drive the long-term growth of the iconic Tyson brand,” President of Prepared Foods for Tyson Foods Noelle O’Mara said in a statement.

Northam approved a $3.04 million grant from the Commonwealth’s Opportunity Fund and a $3 million performance-based grant from the Virginia Investment Performance Grant, an incentive that encourages continued capital investment by existing Virginia companies, to help Danville and the county with the project. He also approved a $500,000 grant from the Governor’s Agriculture and Forestry Industries Development Fund that supports projects sourcing Virginia-grown products.

The Virginia Tobacco Region Revitalization Commission approved $1.5 million from the Tobacco Region Opportunity Fund for the project. Tyson can receive state benefits for new, full-time jobs created and other benefits.