Kellogg will annually buy a 360 GWh portion of grid electricity from the Azure Sky wind project — equal to 50 percent of the volume used across its North American facilities. 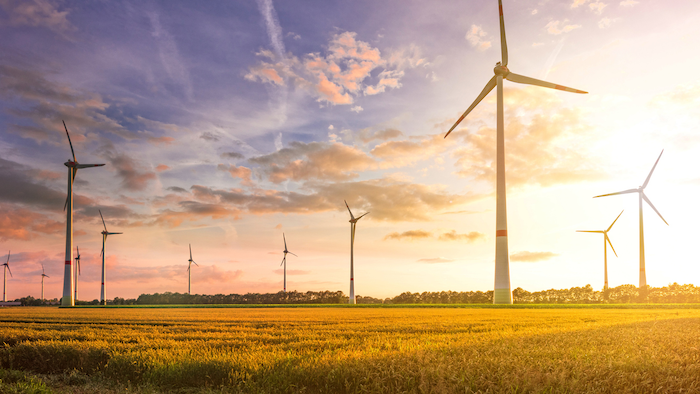 ROME and BOSTON, MA — Enel, through its US renewable subsidiary Enel Green Power North America, has started construction of Azure Sky wind + storage, its first large-scale hybrid project globally to integrate wind and battery storage at one site. Through a 100 MW virtual power purchase agreement (VPPA), Enel will sell to Kellogg Company a 360 GWh portion of the electricity delivered to the grid annually from the Azure Sky wind project, which is equal to 50 percent of the volume of electricity used across Kellogg’s North American manufacturing facilities. Located in Throckmorton County, Texas, the 350 MW wind farm paired with approximately 137 MW of battery storage will be Enel’s third hybrid project in the US that integrates a renewable energy plant with utility-scale battery storage.

“As our first large-scale project to pair wind and storage, and our largest hybrid plant globally, Azure Sky demonstrates Enel’s continued commitment to leading the energy transition towards a 100 percent renewable-powered electric grid,” said Salvatore Bernabei, CEO of Enel Green Power and Head of Enel’s Global Power Generation business line. “This transition is supported and accelerated by commercial customers, like Kellogg Company, who are placing sustainability at the core of their business.”

Under the terms of the VPPA, Kellogg will purchase approximately 360 GWh of electricity annually from Enel, contributing to the leading plant-based food company’s collective efforts to achieve over 50 percent renewable energy and reach 50 percent of its global Better Days goal to reduce its Scope 1 and 2 greenhouse gas emissions by 65 percent. Kellogg’s renewable electricity purchase is the equivalent amount of electricity it takes power more than 43,000 homes each year in North America and is estimated to avoid over 250,000 metric tons of CO2 emissions annually, equivalent to the amount of carbon sequestered by 330,000 acres of US forest each year, which is larger than Rocky Mountain National Park.

“Kellogg has been working to reduce its carbon footprint across our value chain for more than a decade,” said Amy Senter, Kellogg Company Chief Sustainability Officer. “This latest VPPA further demonstrates to investors, stakeholders and our consumers that we are taking swift action to address climate change.”

The 79 wind turbines at the Azure Sky project are expected to generate over 1,300 GWh each year, which will be delivered to the grid and will charge the battery located in the same facility. The expected annual electricity generated by the Azure Sky project is equivalent to avoiding the emission of over 842,000 tons of CO2 into the atmosphere each year. The battery storage system will be capable of storing the power generated by the wind turbines, while also providing services to enhance grid flexibility. At around 137 MW, the system will be one of the largest battery storage facilities in the world.

The Enel Group is closely following the status of the COVID-19 pandemic and is responding, as a main priority, to protect the health of its workers, employees and the community where it operates. In North America, the company has enacted strict travel guidelines, stepped up office and project site sanitation and implemented ways for colleagues to conduct their work remotely and follow safe working practices if and when on-site. At the Azure Sky construction site, crews are implementing safe working practices and operations have been structured to maintain social distancing as well as other best practices. Furthermore, as part of its 1.3 million US dollar commitment in response to the COVID-19 pandemic across the US and Canada, the company developed initiatives to support community hospitals, schools and emergency responders in Texas.

Enel Green Power North America is a developer, long-term owner and operator of renewable energy plants in North America, with a presence in 15 US states and one Canadian province. The company operates 60 plants with a managed capacity of over 6.7 GW powered by renewable wind, geothermal and solar energy.

Enel is a multinational power company and anintegrated player in the global power, gas, and renewables markets. It is the largest European utility by ordinary EBITDA, and is present in over 30 countries worldwide, producing energy with around 88 GW of installed capacity. Enel distributes electricity through a network of over 2.2 million kilometers, and with more than 74 million business and household end users globally, the Group has the largest global customer base among its European peers. Enel’s renewables arm Enel Green Power is the world’s largest renewable private player, with around 49 GW of wind, solar, geothermal, and hydropower plants installed in Europe, the Americas, Africa, Asia, and Oceania.