The money, given by the company that makes and sells brands such as Guinness beer, Johnnie Walker whiskies and Smirnoff vodka, will create endowments to help colleges financially assist students. Diageo said it’s trying to help offset the higher student debt that graduates of historically Black colleges often accrue.

Diageo also said it will create innovation hubs at some of the colleges, providing students with experience, mentorships, guest lecturers and helping faculty developing curriculum. Locations for the hubs will be announced later.

Diageo said it will also seek to give internships to students from historically Black schools, seeking to diversify its workforce.

The company said the giving comes from a $20 million fund it set aside last year to address the needs of Black communities and businesses. 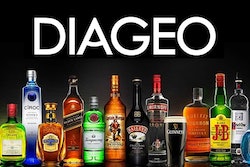