SalesLeads tracked 86 such projects in North America during November, up 20 from October. It snapped a streak of three-straight months of deceleration and was the second-highest figure of the year to January’s 89 and SalesLeads said November's activity was up 23 percent from October.

Despite the considerable month-to-month gain, November’s figure was still down 11 percent year-over-year.

The firm’s November recap is broken down as follows:

During November, SalesLeads identified three new food & beverage facility construction projects with an estimated value of at least $100 million — compared to four in October. The largest November project is by Mark Anthony Brewing in the form of a $400 investment to construct a 1 million-square-foot production and distribution facility in Columbia, SC. Completion is set for summer 2021. 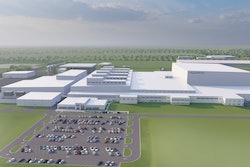