QCD’s expansion into the Midwest and Northeast this year has enabled the company to service 2,100 more QSR stores across 20 states. As QCD’s newly built facilities prepare to support additional customers in the months ahead, its Midwest workforce will grow to more than 400 associates. Across the country, more than 2,500 QCD associates contribute to customer success through the company’s expertise in custom last-mile distribution.

Serving a variety of foodservice industry giants, QCD drives more than 35 million miles each year, distributing a half billion products and making more than a million deliveries annually from its strategically located U.S. distribution centers. Since its start in 2006, QCD has grown from just one route and a few stores in the Northwest to serving thousands of locations across the country. Iconic QSR customers have consistently recognized QCD as a top distribution partner for service and efficiencies, as well as quality and performance, based on store operator feedback and corporate standards.

Golden State Foods, one of the largest diversified suppliers to the foodservice and retail industries, feeds 5 billion people every day. Headquartered in Irvine, CA, the company is values-based with proven performance in superior quality, innovation and customer service. Established in 1947, GSF currently services 100+ brands (125,000+ restaurants/stores) from its 50+ locations on five continents. Its core businesses include: manufacturing of liquid products, protein, produce, dairy/aseptic, and provides custom distribution services. The company employs approximately 6,000 associates and is 100 percent management-owned and run. Golden State Foods also operates a national non-profit organization, the GSF Foundation. 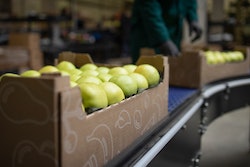 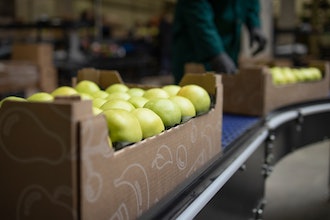 A look at the top four benefits of implementing additional software and automation platforms.
August 18, 2022