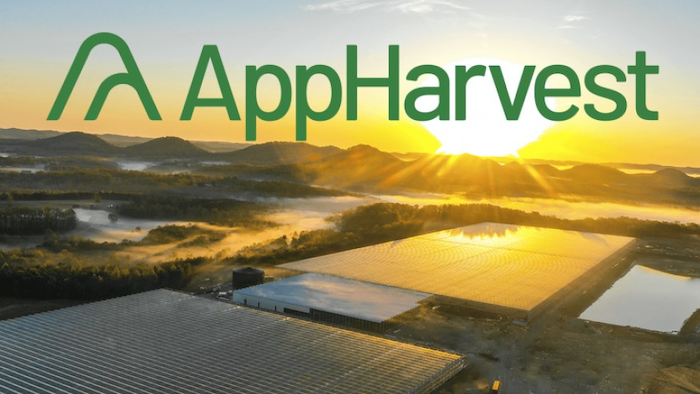 MOREHEAD, KY — AppHarvest, a developer and operator of large-scale, high-tech controlled environment indoor farms, and Novus Capital Corp., a publicly-traded special purpose acquisition company, announced Tuesday a definitive agreement for a business combination that would result in AppHarvest becoming a public company. Upon closing of the transaction, the combined company will be named AppHarvest and is expected to remain listed on Nasdaq under a new ticker symbol. The combined company will be led by Jonathan Webb, AppHarvest’s Founder & Chief Executive Officer.

AppHarvest is redefining American agriculture by developing modern, large-scale and efficient indoor farms in Central Appalachia, a water-rich region strategically located within a day’s drive of approximately 70 percent of the U.S. population. AppHarvest has strong relationships with the leading agricultural and construction firms and universities in the Netherlands, the world’s leader in high-tech controlled environment indoor farms. The Netherlands, despite a land mass similar in size to Eastern Kentucky, is the world’s second-largest agricultural exporter behind only the United States due to its extensive network of controlled environment agriculture facilities. These relationships allow the Company to utilize the most recent proven technologies in an effort to sustainably increase crop yields, improve access to nutritious, non-GMO food, build a consistent and safe U.S.-grown food supply for national grocers, and increase investment in Appalachia. The Company operates a 60-acre controlled environment agriculture facility in Morehead, KY — one of the largest high-tech greenhouses in the world — and has an active development pipeline for additional large-scale indoor controlled environment farm projects.

Upon the closing of the transaction, AppHarvest will retain its highly experienced management, a team of growers with over 140 years of agricultural experience, including 120 years of sustainable agriculture experience, a sustainability team with more than 40 years of experience; and construction managers who have successfully managed over $19 billion in projects.

In addition, AppHarvest announced that Peter C. Halt has joined the executive team as Chief Financial Officer. Mr. Halt is a seasoned finance professional with several years of experience as a publicly-traded company CFO, most recently having served as the CFO for TiVo Corporation, up until its announced acquisition by Xperi Corporation.

“We are excited to transition AppHarvest to a public company and raise nearly a half a billion dollars in the process,” said Jonathan Webb, Founder & Chief Executive Officer of AppHarvest. “This will allow us to pursue our mission of transforming agriculture. A mission that’s become even more important since the global pandemic exposed how a rapidly increasing reliance on imports jeopardizes food security. We now know that, to build a more resilient food system that meets our growing population demands, we must immediately start building controlled environment agriculture facilities, as these farms use far fewer resources to grow far more produce. We believe that this partnership with Novus Capital is a transformative transaction which will allow us to both rapidly scale our agriculture facilities, in pursuit of our goal to redefine American agriculture, and build the country’s AgTech capital within Appalachia. Together we can transform agriculture.”

Bob Laikin, Chairman of Novus Capital, commented, “AppHarvest is a unique and compelling investment opportunity that is redefining American agriculture by improving access for all to fresh non-GMO produce, growing more with fewer resources, and creating an AgTech hub from within Appalachia. With significant tailwinds from heightened investor focus on ESG initiatives and the secular shift to plant-based foods, we believe AppHarvest is well-positioned to execute on its strategy for rapid growth and value creation.”

The business combination values AppHarvest at a $1.0 billion pro forma equity value, at the $10.00 per share PIPE price and assuming minimal redemptions by Novus Capital shareholders. The transaction will provide $475 million of gross proceeds to the company, including $375 million fully committed common stock PIPE at $10.00 per share anchored by existing and new investors – including Fidelity Management & Research Company, LLC, Inclusive Capital and Novus Capital Corporation. Assuming minimal redemptions, it is anticipated that this transaction provides AppHarvest over $435 million of unrestricted cash at close, which will primarily be used to fund operations, including building additional high-tech controlled environment indoor farms, support growth and for other general corporate purposes. In addition, AppHarvest issued a $30 million convertible note to Inclusive Capital which funded on September 28, 2020. The proceeds of the convertible note will primarily be used to fund operations, including development of new high-tech controlled environment indoor farms, during the period prior to the close of this transaction. This note will convert to shares of AppHarvest’s common stock in connection with the close of this transaction.

Additional information about the proposed transaction, including a copy of the merger agreement and investor presentation, will be provided in a Current Report on Form 8-K to be filed by Novus Capital with the Securities and Exchange Commission and will be available at www.sec.gov.