PepsiCo Aims to Use 100% Renewable Electricity by 2030

It's currently on track to source 56 percent of its electricity through renewable sources globally by the end of 2020. 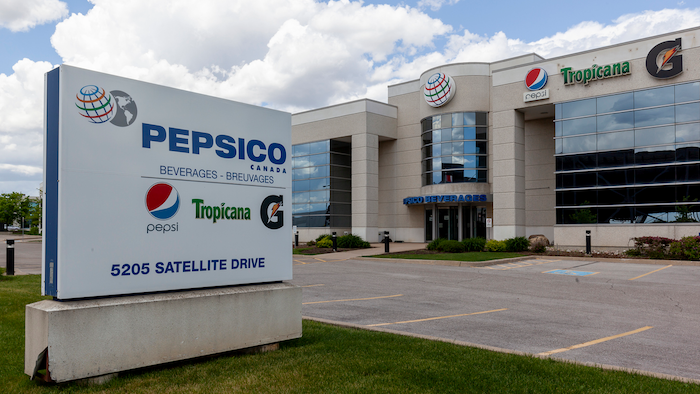 A ground sign outside of Pepsico Beverages Canada in Mississauga, Ontario.
iStock

PURCHASE, NY — On Monday, PepsiCo Inc. announced a new target to source 100 percent renewable electricity across all of its company owned and controlled operations globally by 2030 and across its entire franchise and third-party operations by 2040. With PepsiCo's scale, the transition has the potential to reduce approximately 2.5 million metric tons of greenhouse gas (GHG) emissions by 2040, the equivalent of taking more than half a million cars off the road for a full year. This announcement builds upon the company's global efforts to increase its use of renewable energy sources and its transition to renewable electricity in the U.S., its largest market, announced earlier this year.

"With the devastating effects of climate change being felt around the world, and the global food system under significant strain, accelerated action is needed," said Jim Andrew, Chief Sustainability Officer, PepsiCo. "We know the responsibility that comes with our size and scale, so transitioning PepsiCo's global business operations to 100 percent renewable electricity is the right step forward to deliver meaningful impact as we continue to advance our sustainability agenda."

Early this year, PepsiCo signed the Business Ambition for 1.5°C pledge, joining other leading companies in committing to set science-based emissions reduction targets in line with limiting global warming to 1.5°C, while also developing a long-term strategy for achieving net-zero emissions by 2050. The company has made significant progress in reducing GHG emissions throughout its value chain - from working with farmers to implement carbon-efficient practices through its global Sustainable Farming Program to operating one of the largest electric fleets in North America.

With this announcement, PepsiCo joins RE100, an initiative led by the Climate Group in partnership with CDP, to bring together the world's most influential companies committed to 100 percent renewable electricity.

"By transforming their global business operations to renewable electricity, PepsiCo is demonstrating a strong commitment to combat climate change, whilst underlining the business case for renewables," said Sam Kimmins, Head of RE100 at the Climate Group. "By investing in development of new solar and wind farms around the world to meet their target, PepsiCo is making a really tangible contribution to accelerating the clean energy transition."

To achieve 100 percent renewable electricity globally, PepsiCo will employ a diversified portfolio of solutions, including Power Purchase Agreements (PPAs) that will support the development of new projects such as solar and wind farms around the world, as well as through purchased energy certificates that will enable the near-term transition to renewable sources in many geographies. The company will also continue to expand its growing list of onsite wind and solar projects at its facilities around the world. PepsiCo's global headquarters in Purchase, NY installed rooftop solar energy panels earlier this year.

USDA Providing $1.68B to Ag Producers in its CRP Program

Americold gains the fourth-largest temperature-controlled warehouse company in the world and extends its footprint into Europe.
Oct 14th, 2020

Automating for a Touchless Supply Chain

The ability to reallocate resources towards revenue-generating activities instead of manual labor is driving the shift.
Oct 13th, 2020

The industry is expected to benefit from more strict food safety legislation, along with increased trade in perishable goods.
Oct 12th, 2020

Many Businesses in Precarious Spot as 2020 Ends

The final three months of the year are usually a boom time for many small businesses thanks to holiday shopping and celebrations.
Oct 12th, 2020

With a clearer view of how the pandemic is impacting their business, once-hesitant companies are pulling the trigger.
Oct 8th, 2020

UNFI will support Key Food's more than 315 stores in the US Northeast and Florida.
Oct 8th, 2020 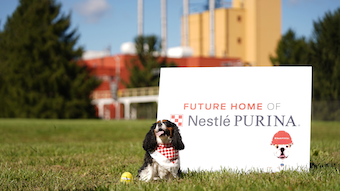 The new Eden, NC factory will join Purina's network of 21 existing manufacturing locations across the US.
Oct 7th, 2020 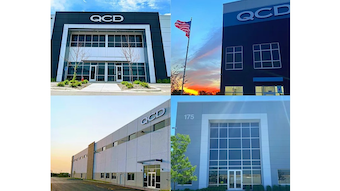 The new DCs are on behalf of Golden State Foods-owned Quality Custom Distribution, which now services 7,500 quick-service restaurants in the US.
Oct 7th, 2020 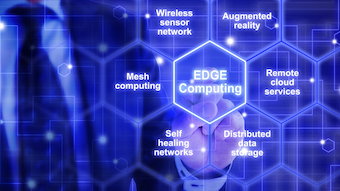 How AI at the Edge Can Generate Enterprise-Wide Savings

Training a device to process data at the network edge via AI can make IoT implementations more efficient and provide greater predictive accuracy.
Oct 6th, 2020
Follow Us
Most Recent