It appears capital spending in food manufacturing — at least among large firms — was only temporarily set back by pandemic impacts.

A new report by industrial and commercial market intelligence firm SalesLeads found the number of planned North American food and beverage facility projects had continued solid activity during August, indicating that the capital spending in food manufacturing — at least among large firms — was only temporarily set back by pandemic impacts.

SalesLeads' monthly report tracking new such projects in North America showed 74 of them during the month of August, down slightly from July’s 77 but up from 59, 67 and 64 in June, May and April, respectively.

The firm’s August recap is broken down as follows:

During August, SalesLeads identified two new food & beverage facility construction projects with an estimated value of at least $100 million, compared to five in July, two in June and one in May. In April, the largest project identified was valued at only $60 million.

The largest August project comes from meat producer and processing company Plumrose USA, which is considering investing $200 million to build a processing facility that it is seeking a site for in Colorado. 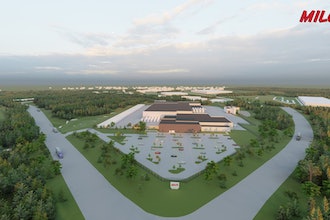