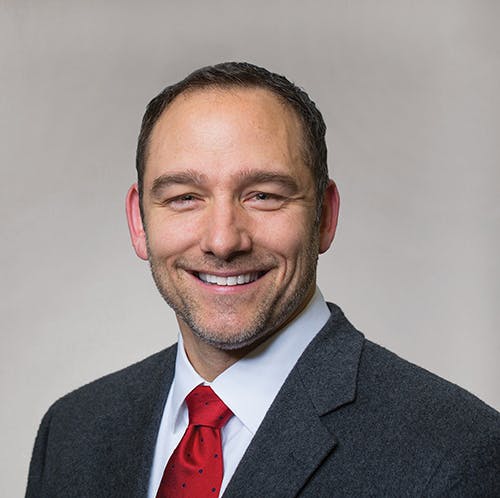 BanksSPRINGDALE, AR —Tyson Food announced Monday that Dean Banks will succeed Noel White as chief executive officer CEO, while maintaining the role of president, effective Oct. 3. White, who led Tyson through a period of unprecedented volatility and uncertainty when he assumed the CEO role in 2018, will remain with Tyson in a new role as executive vice chairman of the board of directors.

“The board and I are truly excited about the breadth and depth of capabilities of Dean and the entire executive leadership team, and we look forward to the energy and vision they will bring in leading Tyson Foods into the future,” said John Tyson, chairman of the board of Tyson Foods. “It’s clear to the board that Dean’s impressive background in entrepreneurship, technology, and the healthcare industry make him ideally suited to lead Tyson in its efforts to integrate advanced technologies into our operations and further our focus on team member health and safety.”

Banks’ expanded role of CEO is part of the board’s deliberate, long-term succession planning. Since joining Tyson Foods as a director in 2017 and his appointment as President in 2019, Banks has worked closely with Tyson leadership to develop a greater understanding of the business and strategic vision for future growth.

“I want to offer my sincere thanks to the more than 140,000 team members who have given me a warm welcome over the past three years,” Banks said. “I’ve had the opportunity to get to know many of them, and their integrity, passion and commitment to feeding the world is a critical part of why I’m here. I am honored to lead Tyson Foods as its next CEO and look forward to working with our company’s leadership in executing our strategy to capitalize on opportunities for innovation across the protein spectrum. Building upon the strong foundation established by Noel, I will continue to serve our customers, team members, stakeholders, and shareholders to drive our strategic initiatives and build our business in current and new categories and geographies.”

Prior to joining Tyson Foods, Banks was a Project Lead and on the Leadership Team at X (formerly Google [x]), an Alphabet Inc. company, where he remains an advisor. Previously, he was Managing Partner of SEED Ventures, a group investing in and developing early stage healthcare technologies. He has also previously served in leadership and consulting roles with IntraCelluar Technologies, now Vergent Bioscience where he remains a board member; Cleveland Clinic Innovations and the Ohio Orthopedic Commercialization Center; OrthoHelix (acquired by Tornier, Inc.); Connective Orthopaedics; Highland Capital Partners, Cytyc Corporation (acquired by Hologic), and Ethicon Endo-Surgery, a Johnson & Johnson company.

Banks was a former sergeant in the U.S. Marine Corps. He has a BA from Miami University and an MBA from the Harvard Business School. He is also a member of the Arkansas Innovation Council. 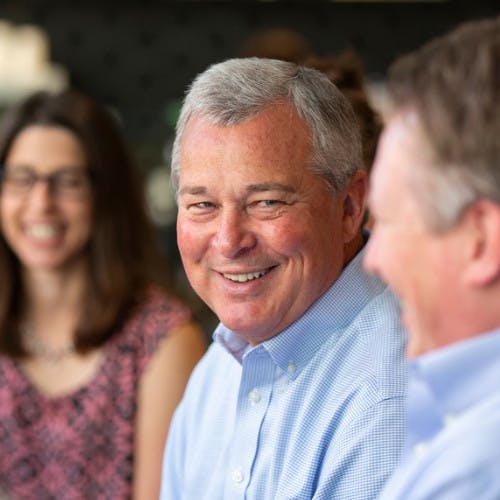 WhiteNoel White has been a dedicated member of the Tyson team since joining the company through the IBP acquisition in 2001. He has held a variety of critical senior leadership roles in the company before being named CEO and has had wide-ranging impact on many areas of the business throughout his career. As group president of Beef, Pork and International, White was responsible for delivering top and bottom-line growth for these business segments.

“On behalf of the Tyson Foods’ Board of Directors, the Tyson Family, and all our team members, I want to thank Noel for his 37 years of service with Tyson and his many contributions to the company, including his steady leadership over the past two years,” Tyson said. “He has an unparalleled knowledge of the protein industry and our business, and he has earned the trust and admiration of our team members and our company leaders, many of whom he has mentored. His humility and leadership have left a lasting impression on our organization, and we are pleased that his service will continue as executive vice chairman of the board of directors.”