The boom year is attributed to favorable weather and grain prices inflated by drought in the United States and Canada. 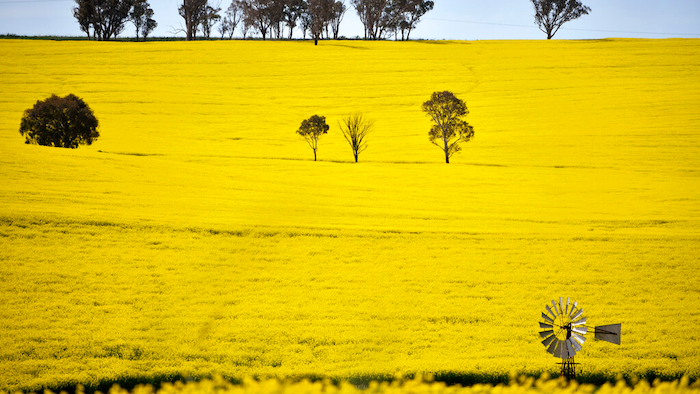 CANBERRA, Australia (AP) — Australia is forecast to reap record farm revenues this year despite pandemic challenges, a mouse plague and a trade dispute with China.

Australian farmers are expected to sell 73 billion Australian dollars ($54 billion) in produce in the current fiscal year that started in July thanks to favorable weather and grain prices inflated by drought in the United States and Canada, according to a report released on Tuesday by the Agriculture Department’s research branch.

That compares with AU$66 billion ($49 billion) earned in 2020-21. That was also a good year for agriculture that followed a prolonged, crippling drought and devastating wildfires across southeast Australia.

The latest forecast is the first time the Australian Bureau of Agricultural and Resource Economics and Sciences has forecast a return exceeding AU$70 billion ($51 billion).

The biggest contribution to growth in agricultural exports would be crops, which are forecast to rise by 17% to AU$30 billion ($22 billion).

A mouse plague across much of the eastern Australian cropping land reduced grain and hay production toward the end of the last fiscal year.

With bumper crops of wheat, barley and canola ready to be harvested soon, there are concerns about how many mice survived the Southern Hemisphere winter and how big the mouse population might grow to this year.

Agriculture Minister David Littleproud said a lack of seasonal workers caused by COVID-19 restrictions was a bigger threat to a successful harvest.

Australian agriculture relies heavily on international backpackers to provide a seasonal workforce. But Australia has closed its borders to tourists since early last year.

Some Australian states also require farm laborers to go into quarantine if they cross state lines to find work, which worsens labor shortages.

Under a new agricultural visa to be introduced this month, the government expects the number of Pacific islander and East Timorese laborers working in Australian primary industries will double to 24,000 by early next year.

The record financial returns from agriculture are forecast despite disruptions of exports including wine, beef and barley to China due to a souring of relations.

Australia angered China by requesting an independent inquiry into the origins of the coronavirus pandemic.

Wine exports suffered the most due to the loss of the Chinese market after steep tariffs were introduced in late 2020.

Export volumes are expected to rise slightly with increased shipments to Britain, but the unit value will fall 13% in the current year, the report said.