PRESQUE ISLE, Maine (AP) — Potato growers anticipate a solid crop and stronger demand thanks to reopening restaurants — providing a sense of optimism heading into the harvest in northern Maine.

Another positive indicator: A decline in acreage was reversed with an extra 8,000 acres planted this summer.

“Growing conditions have been really good. We have a quality crop and we expect good yields. Market demand is good,” said Don Flannery, executive director of the Maine Potato Board.

Growers are looking for something to cheer after a dismal 2020 in which some farmers gave away potatoes to avoid having them go to waste, and crops withered from heat and drought in northern Maine.

This summer, rainfall was nearly 3 inches below average but that's better than last summer, which ranked as the warmest and second-driest since records were kept in Caribou, according to the National Weather Service.

Temperatures hitting 90 and above can stunt the growth of potatoes, but the highest temperature this summer was 84 degrees, Flannery said.

Potatoes are big business in Maine with direct sales in the neighborhood of $300 million supporting about 2,400 jobs.

Farmers are hoping that a better yield will coincide with greater demand as more restaurants and cafeterias open. About 65% of Maine’s potatoes are processed into french fries, chips or some other product.

When the pandemic hit, the demand for processed potatoes dropped but it's rebounding. In fact, demand was great enough to drive a 16% increase in acreage devoted to potatoes, Flannery said.

All told, 58,000 acres were planted with potatoes this summer, the vast majority in Aroostook County. 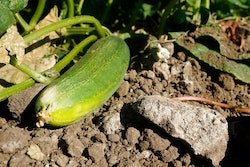 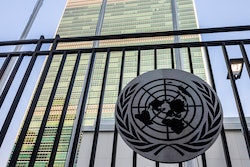