The partnership will expand NERD Focus’ availability throughout the San Antonio area, where the drink was first created in 2006. 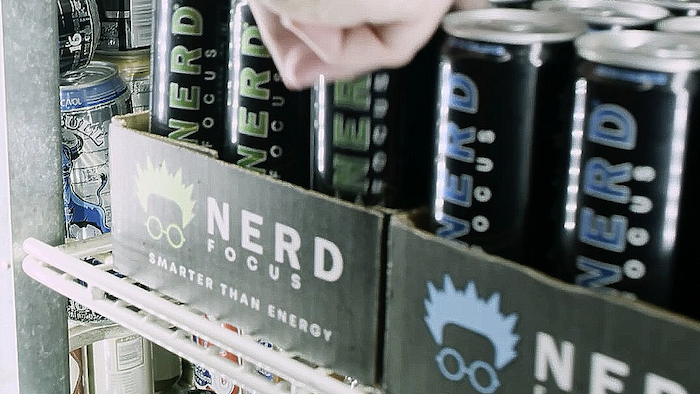 FREEHOLD, NJ — NERD Focus, a focus beverage recently acquired by BevUSA, announced Sept. 2 its partnership with Glazer’s Beer & Beverage, one of the most successful sales and marketing organizations in the wholesale beverage distribution industry. The partnership will expand NERD Focus’ availability throughout the San Antonio area, where the drink was first created in 2006 by a student at the University of Texas at San Antonio. Customers will now be able to find the drink in local grocery stores, chains, and convenience stores.

The drink is filled with vitamins, nootropics and adaptogens, creating a proprietary formula aimed at aiding mental acuity and promoting increased clarity, concentration, and energy. Glazer’s Beer & Beverage distribution service will provide its superior service to deliver NERD Focus drinks to local stores throughout the area.

READ MORE: Here's How One Energy Drink Maker is Standing Out With Natural Ingredients

“I’m thrilled to come full circle by furthering NERD Focus’ availability throughout the city where it originated,” said CEO of BevUSA, Howard Davner. “We chose to partner with Glazer’s Beer & Beverage because of their knowledge of the area and the great relationships they have established with those they serve. It felt like an organic fit to have their team handle the continued expansion because of their desire to truly help their customers. They have a passion for what they do and that is extremely important to us.”

NERD Focus will continue to grow its strong fanbase across the nation as it seeks to expand in additional states. The beverage is the world’s first “Think Drink” formulated to increase clarity and concentration, boost memory and cognition and enhance energy. The focus drink is available in Green Original and Blue Zero Calorie, offering consumers a refreshing performance-boosting beverage unlike traditional energy drinks.

“Our team was instantly drawn to NERD Focus because it tasted and performed differently than most other energy drinks on the market,” said Ty Gilmore, Executive Senior Vice President of Glazer’s Beer & Beverage. “We love working with unique brands like this, and to help them further their reach in the city where it all started is extremely meaningful.”

For more information on NERD Focus or to purchase online, visit: www.nerdfocus.com. To find a participating distributor near you, use the NERD Focus store locator: https://nerdfocus.com/pages/store-locator.

In 2006, a student at the University of Texas at San Antonio on the path to med school witnessed his colleagues rely on highly caffeinated energy drinks with potentially dangerous ingredients to increase mental stamina and focus. With the help of his professors, they created a “Think Drink” and within weeks, had students lining up outside of his campus apartment to purchase his new drink – NERD Focus. NERD became established and began selling on college campuses in Texas directly to students, building a grassroots network of distributors and fans. After creating a very loyal following at Texas universities and local retailers, Nerd was acquired by Beverage USA to invest into scaling the beverage brand nationwide.

Glazer’s Beer & Beverage, LLC (GBB) is one of the nation’s most distinguished beverage distributors, serving over 10,000 retail accounts across Arkansas, Louisiana, and Texas. Since 1933, Glazer’s has been involved in the beer distribution business, eventually forming Glazer’s Beer & Beverage, LLC, which remains a family-owned and operated business. GBB represents over 60 brewing partners and numerous nonalcoholic brands and energy drinks, selling over 30 million cases annually.