Christina LarsonPatrick Whittle
This March 25, 2020 photo shows a small load of pollack being sorted as it comes off a boat at the Portland Fish Exchange in Portland, Maine.
AP Photo/Robert F. Bukaty

PORTLAND, Maine (AP) — Commercial fishing taking place worldwide has dipped since the start of the coronavirus pandemic, but scientists and conservation experts say it's unclear if the slowdown will help endangered species of marine life recover.

Hours logged by fishermen at sea fell by nearly 10% around the world after the March 11 declaration of a pandemic, and in some hard-hit countries such as China, fishing completely stopped. The fishing decline has spurred questions about food security, ocean management and global trade.

As countries begin to resume fishing, new questions are emerging about whether an extended fishing slowdown could help rare ocean animals, such as the North Atlantic right whale. The whale numbers only about 400 and is vulnerable to fatal entanglement in fishing gear.

Less fishing could also help jeopardized fish stocks of the Mediterranean Sea, which is home to the overfished Atlantic bluefin tuna. And many rare species are vulnerable to accidental catch, called bycatch, in fishing gear.

But it's too early to hail the respite from fishing lines and nets, said David Kroodsma, director of research and innovation for the nonprofit Global Fishing Watch. And since millions of people rely on fishing for their livelihoods and sustenance, any benefit to sea life has come at a cost, he said.

“I don’t think we should be celebrating anything here. Not by making people suffer incredibly,” Kroodsma said. “I bet what we’ll find is, it is not sufficient for rebuilding stocks in places they have to rebuild.”

Fishermen around the world logged about 6.8 million hours at sea from March 11 to April 28, down about 700,000 hours from averages the previous two years, according to data compiled by Global Fishing Watch. The Food and Agriculture Organization of the United Nations said the pandemic has brought “changing consumer demands, market access or logistical problems” that could keep fishing difficult indefinitely.

The time spent with boats docked was much more severe in countries such as Italy, Spain and France, which suffered large virus outbreaks, Kroodsma said. Fishing in those countries was down 50% to 75%, he said.

Fishing dropped off because of concern about spreading the virus on boats and because of decreased demand for seafood. Two-thirds of the U.S. seafood spending is in restaurants, according to a study in the June 2020 journal Nutrients, and thousands of those remain shuttered by social distancing rules.

As a result, some fishermen are bringing less catch to the docks so far this year. The American catch of Atlantic herring was down more than a fifth — almost 3 million pounds (1.4 million kilograms) — through the end of May, according to federal statistics. Herring is a key species because it's used as human food and as bait for more profitable fisheries, such as lobster.

None of this necessarily means fish populations are rebuilding, said Gavin Gibbons, spokesman for the National Fisheries Institute trade group. American fisheries are managed by the National Oceanic and Atmospheric Administration, and the plans to help species recover can be highly technical and take years to implement, Gibbons said.

“It's much more specific than just give fish a break and they'll rebuild,” he said.

But in some corners of the world, there is hope less fishing will help fragile ecosystems recover. In the Indian Ocean island nation of Madagascar, Wildlife Conservation Society’s Marine Conservation Director Ravaka Ranaivoson said that overfishing, along with climate change, threatens the health of coral reefs.

“We’re always concerned about people using illegal fishing gear, and not respecting rules about the size of fish catches and other restrictions,” Ranaivoson said, adding that her team has worked with local communities to try to implement more sustainable practices.

But the virus has also created many disruptions for Madagascar's fisheries, a key piece of the economy.

First, communities that generally follow good fishing practices are hurting financially because their regular customers, especially tourist hotels and restaurants, don’t need to buy as many fish, leading to lower prices. “The price of fish has dropped 50-70%,” Ranaivoson said.

On the other hand, more people without regular work need to somehow feed themselves.

“In some areas, people who live there are afraid to go outside because of the virus — but sometimes people from outside come to the area to fish,” and they are less concerned about the long-term health of the fisheries, she said.

A study in the journal Marine Policy this year stated that somewhat less lobster fishing won't necessarily harm fishermen economically, but it could help the endangered right whale. The authors, who performed the study before the pandemic took its toll on fisheries, said fishing less yet more efficiently could actually lead to more profitability for lobster boats.

Co-author Hannah Myers, a graduate student at University of Alaska Fairbanks, said the virus outbreak represents “an unfortunate natural experiment" that is sure to impact fisheries.

The long-term impacts of the fishing slowdown remain to be seen, though with coastal communities starting to return to work, they could wind up being short lived. 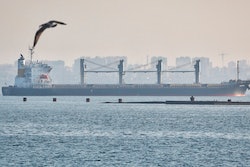 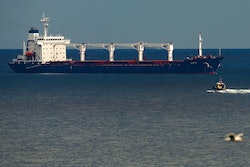 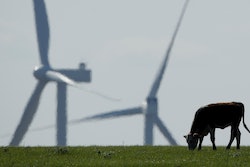 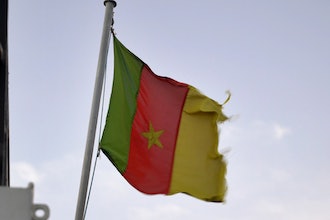 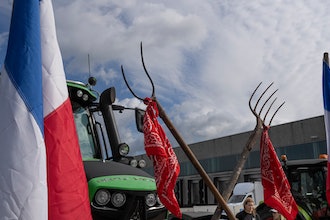 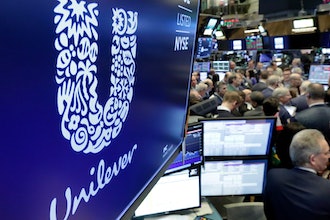 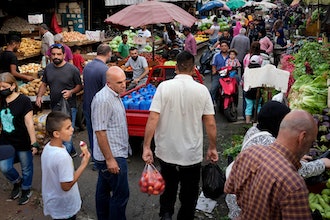 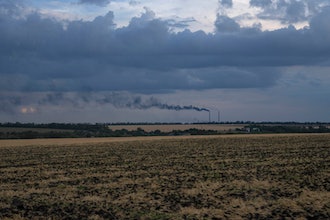