The region's iconic covered food market are a near-perfect setting for spreading the disease. 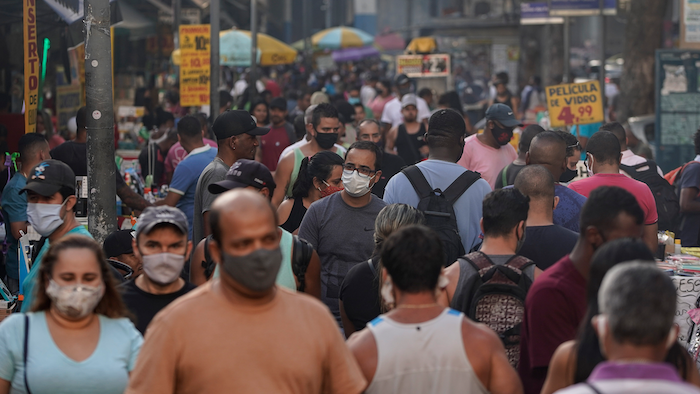 MEXICO CITY (AP) — Mexico City's main wholesale market detects dozens of coronavirus cases every week. A covered food market in Venezuela was the source of one of the largest outbreaks in the country. And every single merchant in a vast market in Peru has tested positive for the virus.

As the coronavirus pandemic swamps countries from Mexico to Argentina, public health officials are struggling to contain outbreaks seeded at Latin America’s iconic covered food markets, a beloved, essential feature of life in the region — and a near-perfect setting for spreading the disease.

With hundreds of millions relying on such markets for their food and livelihoods, officials are debating whether and how they can operate safely. With inconsistent testing, huge gaps in health coverage, poorly enforced social distancing measures and widespread inequality, many Latin American countries are seeing large and rising numbers of new cases daily, making the region one of the hardest-hit in the world.

Mexico City’s massive Central de Abasto is an approximately 3-square-kilometer (1-square-mile) compound of lots, warehouses, loading bays and wholesale outlets that is the main depot for getting fruit, vegetables and other produce to about 20 million consumers in the metropolitan area. Its labyrinthine hallways are crowded with 90,000 workers and up to 300,000 customers each day.

The market has recorded 690 confirmed coronavirus cases, with a peak of over 200 cases per week in May. But it installed its own testing center and triage area and instituted contact tracing long before the city itself did, and the weekly number of new cases has since fallen to about 60 or 70, said its director, Hector Garcia Nieto.

Closing it is out of the question.

“It would be like closing the stomach of part of the nation,” said Garcia Nieto. 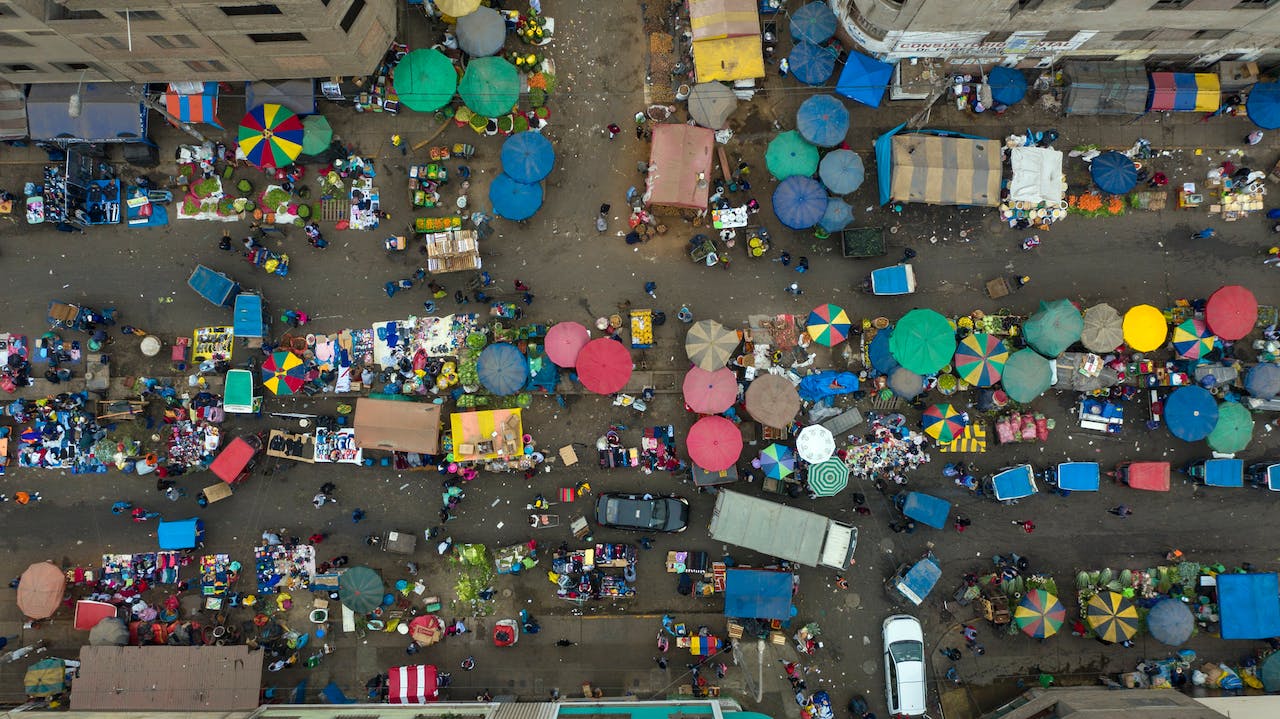 Patio umbrellas and tarps dot the landscape at La Parada market in La Victoria district, amid the new coronavirus pandemic in Lima, Peru on June 23. Peru has more than 2,600 food markets.AP Photo/Rodrigo Abd

That truth is repeated throughout Latin America, where clusters of street vendors often grow up around the markets; where millions of farmers have no other outlet for their produce; and where poverty prevents consumers from buying at grocery stores.

Peru has more than 2,600 food markets. In May, the government said that after examining thousands of vendors, it found that 36 of Lima’s largest markets were points of contagion.

Jhoan Faneite, a 36-year-old Venezuelan migrant, picks up COVID-19 victims for a funeral home in the city.

“The centers of infection here are always around the popular markets,” he said. “We always pick up in those areas, always.”

At the Belén Market in Peru’s Loreto region, officials found that 100% of the vendors were infected. All 2,500 of the market’s stalls were destroyed.

In Maracaibo, Venezuela, the Las Pulgas market has been identified as the source of one of the largest outbreaks in the country, responsible for 400 of the province's nearly 580 recorded coronavirus cases. About a dozen deaths have been linked to the market.

The outbreak likely became so deadly because the vendors who run the informal stalls around the market refused for weeks to close up shop since they receive no government support — and so must continue selling. The way the insecurity of people working in the informal economy has helped fuel outbreaks can be seen across Latin America.

But in many places in Latin America, there has been violent resistance to attempts to close markets.

In Bolivia in late June, in the La Paz suburb of El Alto, street market vendors stoned police officers who were trying to enforce a lockdown. The vendors said they had been without sales for two months, and could no longer stand to remain shut. About 75% of commerce in Bolivia is conducted in the informal economy, where, like elsewhere in the region, there is no unemployment insurance.

“I’m wearing the mask because I lost a lot of friends here,” Dos Santos said as he waited on customers. “When we see people we know dying, we see that it’s real.”

There has been much debate about whether these markets can be blamed for the spread of the virus — and whether they can ever operate safely. Many that were initially closed have reopened with measures like limiting the number of people, forming orderly lines, taking temperatures and requiring the use of masks — but the rules are hard to enforce and routinely flouted.

At Mexico City’s Central de Abasto the passageways have remained crowded despite the pandemic, with huffing workers carting improbably tall stacks of bags and boxes on dollies, weaving through the crowds shouting “here comes the hit” to urge customers to get out of their way.

People keep coming because they have to: This is the cheapest place to buy produce in the city, and it is the main sales outlet for about a third of the country’s fruit and vegetable production.

“People are desperate, they are coming to buy essentials, they’re not buying superfluous stuff anymore, just the bare necessities,” said Jorge Flores, 39, who has worked selling vegetables at the market with his father since he was 8.

While heath workers in hazmat suits check temperatures at the door, and most people wear masks, a significant number don’t or wear them only halfway.

“I usually use my face mask, my sanitizer gel, but I don’t have anything on right now, because I just had a taco,” Flores said half apologetically.

While the Central de Abasto is largely wholesale, it feeds Mexico City’s 329 public markets and the city’s hundreds of thousands of food stands and street vendors. It is how farms and truckers throughout the country gain access to greater Mexico City’s 22 million inhabitants.

It is thus an ideal conduit for the virus — often invisibly.

Lab technician Ulises Cadena Santana helps take as many as 100 COVID-19 test samples per day outside the market.

“The big majority of cases come in asymptomatic,” said Cadena Santana. “They appear healthy, they have no symptoms, they are the most dangerous positive cases.”

Downstream from the Central de Abasto, the produce makes its way to smaller neighborhood sellers, like the San Cosme market, where the problem is obvious: The aisles under the tents of San Cosme leave customers only a couple of feet (less than a meter) to walk, stop, haggle and buy.

Yet many people visiting such markets have resisted wearing masks or taking other measures to protect themselves.

But that may be changing.

“People are starting to believe that the disease exists, and it is not just something the government invented,” said Rocio Bautista, a lab technician who administers COVID-19 test swabs at the Central de Abasto. “People are starting to say, well, yes, when they have had close relatives or neighbors who have died.”

In Colombia, Mauricio Parra, the manager of Bogota’s Corabastos produce market, insists the market can be safe, even as it serves up to 80,000 customers and 10,000 trucks every day.

The market has temperatures checks and 500 hand-washing stations.

“The key is the triangle of life: mandatory face masks, hand washing and social distancing,” said Parra. “If we comply with these three requirements, we can stop this from spreading further.”