Getting Pesticide Reduction Policies Right Is Crucial for Food Security

The term peri-urban agriculture is generally used to describe the cultivation of plants and livestock on the fringes of large population centers. However, factors such as urban expansion, rising labour costs and limited labour supply are putting peri-urban agriculture under increasing pressure.  As a result, agribusinesses are seeking ways to minimize workloads and increase yields; for example, many are relying more heavily on pesticides; a step that has the potential to negatively impact urban environments and their inhabitants.

In a study published in the KeAi journal Fundamental Research, researchers from China and the United States explored the agri-food and environmental implications of an agrochemical (pesticide) use reduction policy introduced in metropolitan Shanghai, East China. The policy aimed to reduce agrochemical use by 20% by 2020, relative to 2015. Official statistics show that Shanghai achieved that goal with a decline of just over 40% in pesticide use (from 4,415 to 2,644 tonnes). However, the planted area shrank by nearly 25% over the same period (from 340,200 to 255,200 hectares), with the production of staple crops decreasing by 18% and vegetable production by 31%. This was despite the municipality’s stated aim to keep the peri-urban agriculture as intact as possible, guaranteeing food security.

According to one of the paper’s authors, Yuquan Zhang of China’s Shanghai Jiao Tong University, while other factors, such as urbanization, have contributed to the city’s shrinking peri-urban hectares, questions remain around the extent to which the pesticide reduction policy played a role. To measure the policy’s impact, he and his colleagues worked with Bruce McCarl, Professor and specialist at GAMS (General Algebraic Modeling System) at Texas A&M University in the US. Together, they developed a new optimization model that simulates a peri-urban agricultural sector of Shanghai, rich with data on crop- and district-specific input usage, including pesticides. They then explored the effects of a series of pesticide use reduction scenarios, including the Shanghai municipality's 20% goal.

The team found that imposing the existing reduction policy at the district level and the regional level generated significantly different outcomes. When every district followed the 20% reduction mandate, both rice and vegetables (leafy greens and cabbage) experienced noteworthy reductions in acreage, resulting in lower production levels. However, for districts such as Chongming (northern island) and Qingpu (western) this reduction in acreage – and pesticide use – also had a positive outcome, alleviating pollution in the Yangtze River Estuary and the Dianshan Lake. The latter is an important drinking water resource.

On a regional level, the 20% reduction mandate resulted in larger reductions in peri-urban agriculture acreage in areas with high pesticide use, such as Chongming and Qingpu, and notable crop mix changes, with rice being heavily impacted. The team also found that adopting machinery to apply the pesticide more precisely, positively impacted the model results.

Zhang concludes: “While it is currently impossible for Shanghai to feed itself, given its vast population (24.87+ million) and limited land available, the residents’ strong appetite for leafy vegetables means that the city needs to be able to grow enough supplies to meet around 85% of that demand. The downside though, is that vegetables usually involve considerably higher amounts of agrochemicals than field crops do. And the crop mix in Shanghai is dominated by non-grain crops, which are often pesticide-intensive.

“Surface run-off from this peri-urban agriculture has been a major contributor to water pollution. Our study suggests that when the usage quantity control policy is implemented at the regional level, instead of the ‘one size fits all’ district level, both ameliorated agri-food impacts and improved environmental outcomes can be obtained, rather than the sharp trade-off we so often see.” 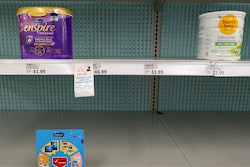