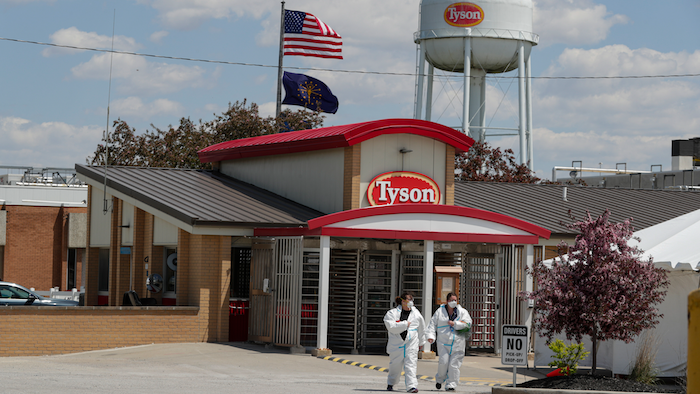 In this May 7 photo, workers leave the Tyson Foods pork processing plant in Logansport, IN.
AP Photo/Michael Conroy, File

MINNEAPOLIS (AP) — Federal recommendations meant to keep meatpacking workers safe as they return to plants that were shuttered by the coronavirus have little enforcement muscle behind them, fueling anxiety that working conditions could put employees' lives at risk.

Extensive guidance issued last month by the Occupational Safety and Health Administration and the Centers for Disease Control and Prevention recommends that meatpacking companies erect physical barriers, enforce social distancing and install more hand-sanitizing stations, among other steps. But the guidance is not mandatory.

“It’s like, ‘Here’s what we’d like you to do. But if you don’t want to do it, you don’t have to,’” said Mark Lauritsen, international vice president and director of the food processing and meatpacking division for the United Food and Commercial Workers International Union.

The pandemic is “the most massive workers’ safety crisis in many decades, and OSHA is in the closet. OSHA is hiding,” said David Michaels, an epidemiologist who was the agency's assistant secretary of labor under President Barack Obama. Michaels called on OSHA to make the guidelines mandatory and enforceable, which would include the threat of fines.

OSHA’s general guidance plainly says the recommendations are advisory and “not a standard or regulation," and they create "no new legal obligations.”

But the guidance also says employers must follow a law known as the general duty clause, which requires companies to provide a workplace free of recognized hazards. Critics say that rule is unlikely to be enforced, especially after President Donald Trump signed an executive order in April aimed at keeping meat plants open. 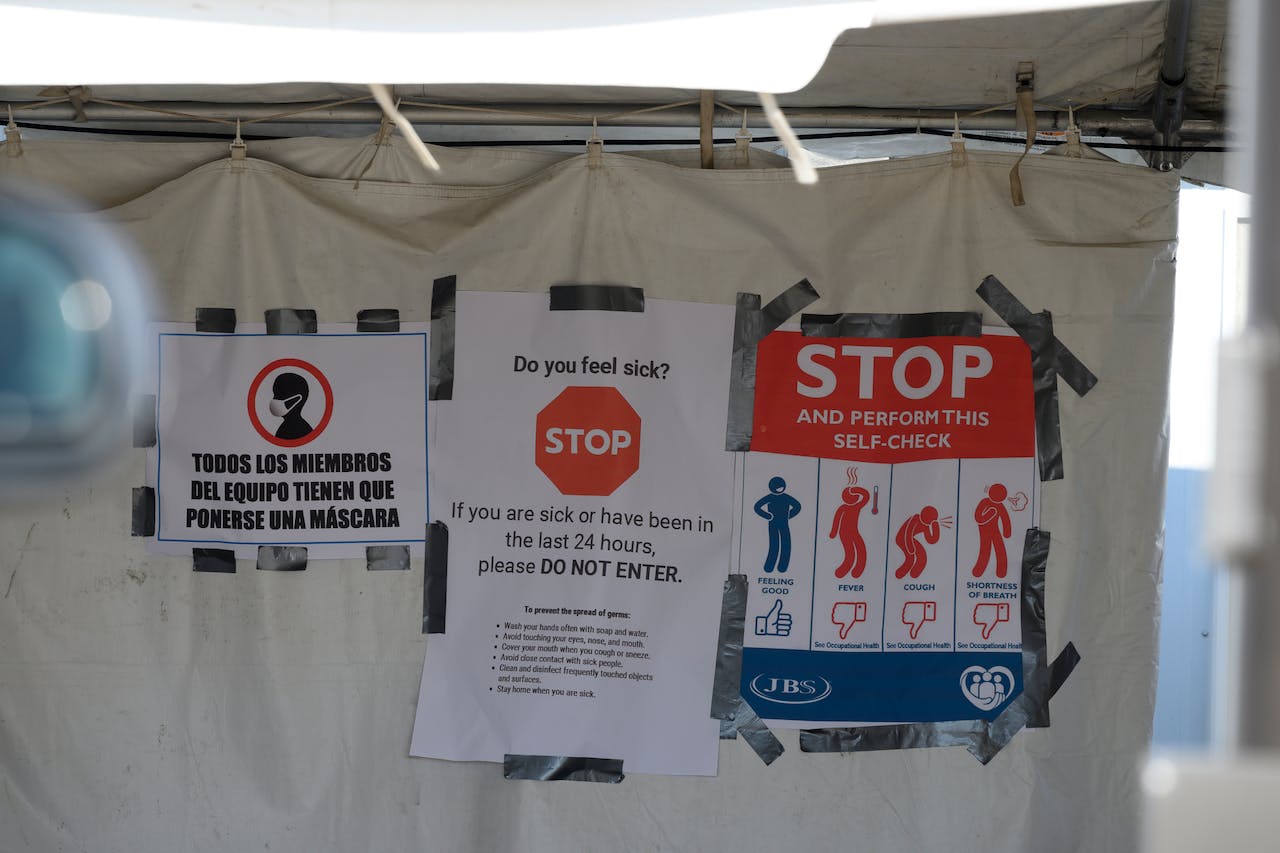 In this April 18 photo, COVID-19 signage hangs at the employee entrance of JBS USA plant in Worthington, MN.Aaron Lavinsky/Star Tribune via AP, File

— Shortly before Trump's order, state regulators in Iowa declined to inspect a Tyson Foods pork plant despite a complaint alleging workers had been exposed to the virus in crowded conditions. Documents obtained by The Associated Press show Iowa's OSHA agency took 2 1/2 weeks to contact Tyson, get a response and conclude that the company's voluntary efforts to improve social distancing at the Perry plant were “satisfactory." Within a week later, 730 workers — almost 60% of the workforce — had tested positive.

— In Kansas, the state softened its quarantine guidelines after industry executives pushed to allow potentially exposed employees to continue going to work, according to emails and text messages obtained by The Kansas City Star and The Wichita Eagle. The state had previously advised such employees to quarantine for two weeks, before conforming to the more lenient CDC guideline, which allows employees to continue working if they have no symptoms and use precautions. The move came after Tyson raised a concern with the state of rising worker absenteeism.

After Trump's executive order — developed with input from the industry — the Labor Department and OSHA said OSHA would use discretion and consider “good faith attempts” to follow safety recommendations. Employers would be given a chance to explain if some are not met. Agriculture Secretary Sonny Perdue made clear in letters earlier this month that the Department of Agriculture expected state and local officials to work with meat plants to keep them running. And he said any closed plants without a timetable to reopen had to submit protocols to the USDA.

The USDA did not respond to repeated requests to provide those company plans to the AP. When asked how guidelines would be enforced, a USDA spokesperson said enforcement was up to OSHA.

Major meatpackers JBS, Smithfield and Tyson have said worker safety is their highest priority. They provided the AP with summaries of their efforts to improve safety, but the plans themselves have not been made public. Tyson said because the temporary suspension of its operations was voluntary and the company was already meeting or exceeding federal guidance, it was not required to submit a reopening plan to the USDA.

One plan obtained by the AP, for the reopening of a JBS pork plant in Worthington, Minnesota, details multiple safety improvements, including installing physical barriers, increasing spacing between workers and requiring protective equipment. The plan includes photos. It says employees will be screened for health issues, but it makes no mention of requiring testing.

JBS spokesman Cameron Bruett said the plan “demonstrates the extraordinary measures” the plant has taken "to keep our team members safe as they provide food for the country.”

In an emailed response to questions about how guidance would be enforced and what role OSHA would play in protecting workers, the Department of Labor said OSHA received 55 complaints in the animal-processing industry and opened 22 inspections since Feb. 1.

“OSHA’s standards remain in place and enforceable, and they will continue to be as workers return to their workplaces,” a labor spokesperson said.

Michaels, the former OSHA official, said the clause has no preventive effect and is generally enforced only after a worker is injured. He said it's effective only in cases in which OSHA conducts an inspection and issues citations and the employer agrees to fix the problem — so any impact is felt months or years later.

Michaels said OSHA will not issue citations if employers are doing their best to eliminate a hazard but find it's not feasible.

Jeffrey Lancaster, founder and CEO of Lancaster Safety Consulting in Wexford, Pennsylvania, said violations of the general duty clause can get expensive, especially if companies are found to be repeat violators, have a willful violation, or fail to fix an issue.

Minnesota is one of 22 states or territories with worker-protection agencies that cover private and government workers, and the state OSHA has the power to enforce the CDC and state Department of Health's COVID-19 safety guidelines under the general duty clause, spokesman James Honerman said.

The agency has two open investigations into the meatpacking businesses — one at a JBS plant in Worthington and one at a Pilgrim’s Pride plant in Cold Spring, said Honerman, who could not discuss the investigations because they are pending.

Lauritsen, with the food workers' union, said OSHA has not done enough to hold employers accountable. The union is advocating for access to daily testing for all meat-production workers, personal protective equipment if necessary and paid sick leave.

“By and large, if our members are healthy enough, if they are not sick or on quarantine, they are going to show up to do their job,” Lauritsen said. “But that doesn’t mean that they’re not anxious or not nervous.”