A COVID-19 outbreak infected more than 800 employees and killed two at the Sioux Falls plant, which was closed for three weeks. 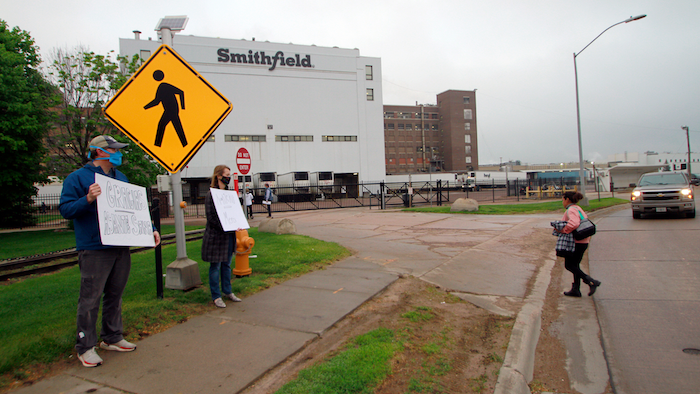 Residents cheered and held thank you signs to greet employees of a Smithfield pork processing plant as they begin their shift on Wednesday, May 20 in Sioux Falls, SD.
AP Photo/Stephen Groves

SIOUX FALLS, S.D. (AP) — Employees at a Smithfield pork processing plant in South Dakota where a coronavirus outbreak infected over 800 people were greeted at work Wednesday with thank you signs, cheers and waves from about a dozen area residents.

“They're putting their health at risk just like the hospital workers are to continue on with this work, so I hope they feel appreciated,” said Becky Olson, a Sioux Falls resident who held a sign outside Smithfield's entrance.

The plant has instructed many workers to return to work this week as it looks to scale up operations by the end of the month. Masked employees streamed into the factory entrance as trucks carrying pigs rumbled past. 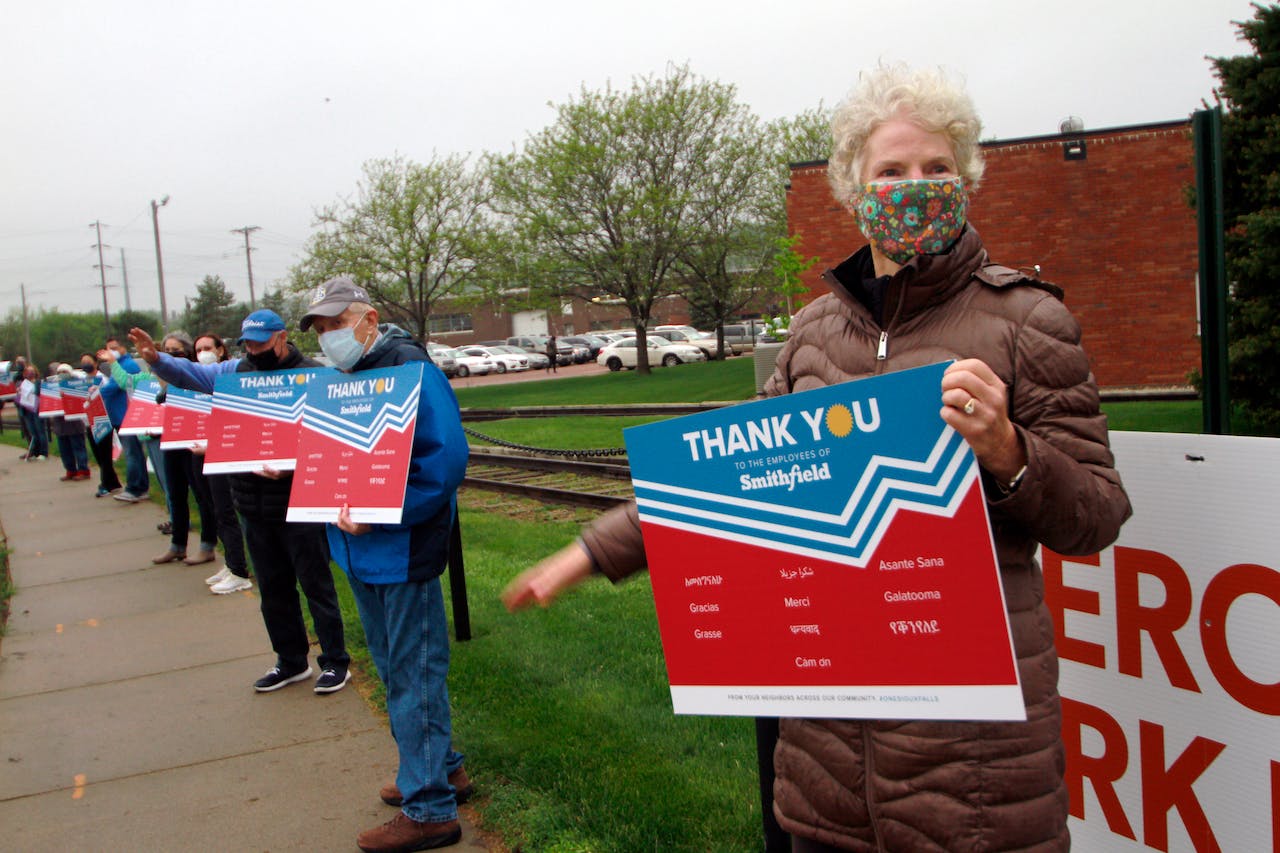 Sioux Falls resident Pat Lloyd, right, waves to greet employees of a Smithfield pork processing plant as they begin their shift on Wednesday, May 20 in Sioux Falls, SD.AP Photo/Stephen GrovesThe Smithfield plant, which produces roughly 5% of the nation's pork supply, gave an early warning of how quickly the virus can spread in meatpacking plants that are key to the nation's food supply. Two employees at the plant have died from COVID-19, along with more than 20 meat and poultry workers nationwide.

Dave Tesphay, an employee who was reporting to work on Wednesday, said that with the pandemic "it was really scary at first.”

Smithfield shut the plant down for three weeks and has installed plexiglass barriers between work stations to prevent infections from spreading. The company is also spreading employees at least 6 feet (1.8 meters) apart when possible.

Tesphay said the plant's closure and safety measures gave him confidence to return. The people who showed up to cheer him on made him feel the community cared, he said.

The event was organized by a group of friends who wanted to give meatpacking workers, many who are immigrants, a show of support similar to what health care workers have received during the pandemic. Sioux Falls mayor Paul TenHaken also got behind the idea, saying he would show up to cheer during the day.