Health claims often increase consumer interest and market share, though they could prompt litigation from plaintiffs alleging unlawful business practices. Recent lawsuits regarding the mischaracterized healthfulness have been litigated with varying degrees of success. 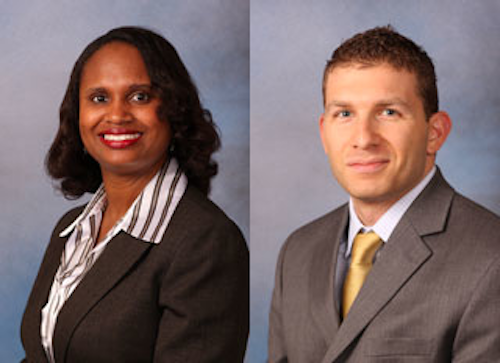 As Americans have grown increasingly more cognizant of the nutritional value of what they eat, the nation’s food producers have responded by adjusting their marketing campaigns to target this growing interest. On the one hand, these health claims often increase consumer interest and market share. On the other hand, the claims could prompt litigation from plaintiffs alleging unlawful business practices. Companies need only look to recent lawsuits against the manufacturers of spreads, breakfast foods, dairy products, soft drinks, and other products where allegations regarding the mischaracterized healthfulness of these products have found varying degrees of success. These cases, in turn, have spurned additional litigation in this area. The theories of liability and legal arguments made in these cases, as refined with the benefit of hindsight, are now squarely focused on other manufacturers who promote their products as healthy. One such group of potential defendants are producers in the meat industry.

Meat producers have long advertised their products as “heart-healthy” and “part of a balanced and nutritional diet;” some claim that their products reduce cholesterol, support healthy arteries, and promote healthy blood pressure. These claims—unlike the claims that a product is “organic,” “natural,” or “certified,” which are regulated by the USDA—are not regulated and do not provide any guarantees to consumers. Despite this, food and drink manufacturers who have touted the healthfulness of their products have found themselves in proverbial hot water. For example, Ferrero paid $3 million to settle claims that its hazelnut spread, Nutella, was a “tasty yet balanced breakfast,” while Kellogg’s paid $5 million to settle a nationwide class action accusing it of advertising that its Rice Krispies cereal could support the immune system. Likewise, YoPlait settled a class action in which it was alleged that its YoPlus product bore a label that misled consumers about the product’s digestive health benefits. Similarly, several varieties of 7-Up had to be taken off the market earlier this year after an advocacy group alleged that the drink’s claims gave the impression that antioxidants in the soda come from fruit rather than from added vitamin E. Moreover, the marketing practices for each of these products had to be halted and the allegedly offending advertisements pulled as part of the respective settlement agreements.

The blueprint from these litigations is an easy one for plaintiffs to follow, and in the last year alone, dozens of similar cases have arisen. Following this blueprint, the overwhelming majority of these complaints have been filed in California (though New Jersey and Florida have also been popular), where courts have proven themselves to be open to claims regarding food and drink healthfulness.

Recently, plaintiffs have widened their focus from heavily processed products to much more simple ones, such as tuna, bread, and nuts. For instance, one class action challenged Diamond Foods’ representations that the omega-3 fatty acids found in their walnuts promoted heart health, and the company ultimately agreed to pay up to $2.6 million to settle the suit. Thus, the recent shift from products such as cereal and soda implies that it may be only a matter of time before the meat industry’s claims about the healthfulness of its products likely will also come under the microscope. This is particularly true in light of recent studies that have linked animal product consumption to increased instances of heart disease, cancer, and stroke.

Given their position as the potential caboose of this litigation train, meat producers have at their disposal certain tactics that have been successful in other labeling and marketing litigations. There are also various steps that meat producers could take now to bolster such arguments in future potential litigation, and to otherwise mitigate claims of consumer fraud. Listed below is a roadmap that meat producers can use to mount a strong defense against such claims.

While the above suggestions are a good place to start, additional defenses—including, among others, lack of standing, insufficient evidence of reliance, and lack of injury in fact—can be tailored to the facts of each case. Moreover, the knowledge gleaned from similar cases involving such products as cereals, soft drinks, and nuts, allows forward-looking companies to avoid the pitfalls of labeling and marketing litigation.

Sheila S. Boston has a complex commercial litigation practice and is a member of Kaye Scholer’s Product Liability Group, which has been ranked in the top tier for Product Liability Litigation by Chambers USA in 2007-2013. Sheila has practiced before both state and federal courts, and has MDL experience in mass tort actions. She can be reached at sheila.boston@kayescholer.com.

Leo Rakitin is an Associate in Kaye Scholer's Litigation Department. He has experience defending major corporations in complex state and federal investigations. He can be reached at leo.rakitin@kayescholer.com.

The reusable cartons are made of recycled, durable, BPA-free plastic which can be washed at home and reused repeatedly.
Pete and Gerry’s Organics
Dec 17th, 2019

The increase is identical to the one FedEx announced two months ago.
Mike Hockett
Nov 21st, 2019

Poland Spring to Use 100% Recycled Plastic for Bottles

Poland Spring announced Monday a plan to use 100% recycled plastic for all its noncarbonated water containers, a move that comes against a backdrop of growing concern about plastic pollution.
Jun 3rd, 2019

Eight burn victims sued the maker of Pam cooking spray Tuesday, saying they were severely injured when cans of the spray exploded in their kitchens.
May 7th, 2019

The Future of Snack Food Packaging

Shayne De la Force of tna outlines the future of snack food manufacturing and what it means for manufacturers.
Apr 17th, 2019

The recycled plastic packaging is rolling out now, beginning with Hellmann's Mayonnaise and Mayonnaise Dressing squeeze bottles and followed by Hellmann's jars by the end of 2019.
Apr 17th, 2019

The new 'mini' package size kicks off a massive year of innovation for Coca-Cola in Canada, that will introduce more than 20 new beverages across the company’s portfolio, including low- and no-calorie drinks, bold flavors and soda water beverages.
Mar 28th, 2019

At ProFood Tech 2019, ORBIS Corporation is introducing the XpressBulk Milk Delivery System for the transport of fluid milk from the truck to the retail cooler with only one touch.
Mar 27th, 2019

Kodak says a new beer hitting the market can be used to develop its Super 8 movie film. Dogfish Head Craft Brewery in Delaware created its SuperEIGHT beer after a conversation with people at Kodak, the upstate New York technology company most famous for its photographic roots.
Mar 25th, 2019

Ghirardelli and Russell Stover have agreed to pay $750,000 in fines after prosecutors in California said they offered a little chocolate in a lot of wrapping.
Jan 31st, 2019