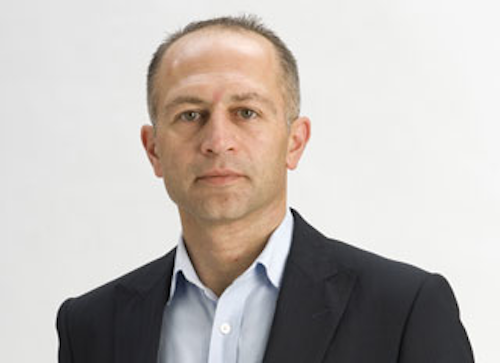 Yet what’s rarely discussed is that more than a third of the food produced in the world — 1.3 billion tons per year — never finds its way into anyone’s stomach.  It can rot in the field, go bad during processing, spoil at the grocery store or get tossed in the garbage by the consumer. For food producers, processors and manufacturers with the foresight and ingenuity to tackle this problem, there is more than a cautionary tale here — there is real business opportunity.

Most of the world’s arable land is already in production, so avoiding food waste from farm to fork will be a lynchpin in meeting global food security challenges. And packaging has a key role to play as food exporting becomes ever more ubiquitous.

In the not-too-distant future, the center of gravity of world food demand will move from the U.S and Europe to the increasingly richer consumers in China and India in particular, and smart, lightweight packaging will have a key role in tapping those markets from abroad.

Other factors will affect the availability of safe and nutritious food in the developing world, including an expected explosion in city dwelling, as researched and reported in Tetra Pak Magazine No. 101 – Food Waste. Roughly 40 percent of Asians and Africans live in cities now, as compared with 70 percent in the U.S. and other industrialized countries. But they’re urbanizing fast, and in total, 50 percent of the world now lives in cities. By 2050, that figure will reach 75 percent.

Since cities tend to be founded in areas where agriculture flourishes, the expansion of existing urban areas will unfortunately take some good cropland out of production, increasing food scarcity. But cities are also a boon in the overall food security equation, as they tend to lower birth rates and increase incomes.

These new city dwellers will depend much more heavily on grocery stores, and present new markets for safe and nutritious food from around the world. Tetra Pak’s aseptic packaging solutions are designed to be lightweight and compact to help increase efficiencies during shipping and on retailer’s shelves, and protect food for up to a year without the need for preservatives or refrigeration. These attributes are key because presently, 30 to 50 percent of the food produced in developing countries becomes unfit for human consumption due to inadequate packaging and distribution, according to World Health Organization (WHO) estimates, as compared with 2 to 3 percent in industrialized countries.

Though packaging is sometimes derided as wasteful, the product waste it saves has been calculated at 10 times greater than the waste it creates.That’s something we should all keep in mind as we set two billion more places at the table by 2050.

As Julian Carroll, former managing director of the European Organization for Packaging and the Environment, noted, “Packaging is, by far, the lowest hanging fruit we have as we seek as we provide for the world.”

The reusable cartons are made of recycled, durable, BPA-free plastic which can be washed at home and reused repeatedly.
Pete and Gerry’s Organics
Dec 17th, 2019

The increase is identical to the one FedEx announced two months ago.
Mike Hockett
Nov 21st, 2019

Poland Spring to Use 100% Recycled Plastic for Bottles

Poland Spring announced Monday a plan to use 100% recycled plastic for all its noncarbonated water containers, a move that comes against a backdrop of growing concern about plastic pollution.
Jun 3rd, 2019

Eight burn victims sued the maker of Pam cooking spray Tuesday, saying they were severely injured when cans of the spray exploded in their kitchens.
May 7th, 2019

The Future of Snack Food Packaging

Shayne De la Force of tna outlines the future of snack food manufacturing and what it means for manufacturers.
Apr 17th, 2019

The recycled plastic packaging is rolling out now, beginning with Hellmann's Mayonnaise and Mayonnaise Dressing squeeze bottles and followed by Hellmann's jars by the end of 2019.
Apr 17th, 2019

The new 'mini' package size kicks off a massive year of innovation for Coca-Cola in Canada, that will introduce more than 20 new beverages across the company’s portfolio, including low- and no-calorie drinks, bold flavors and soda water beverages.
Mar 28th, 2019

At ProFood Tech 2019, ORBIS Corporation is introducing the XpressBulk Milk Delivery System for the transport of fluid milk from the truck to the retail cooler with only one touch.
Mar 27th, 2019

Kodak says a new beer hitting the market can be used to develop its Super 8 movie film. Dogfish Head Craft Brewery in Delaware created its SuperEIGHT beer after a conversation with people at Kodak, the upstate New York technology company most famous for its photographic roots.
Mar 25th, 2019

Ghirardelli and Russell Stover have agreed to pay $750,000 in fines after prosecutors in California said they offered a little chocolate in a lot of wrapping.
Jan 31st, 2019