The company is relocating its operations to a facility in Ohio.

Nestle announced via a California WARN Act notice on March 4 that it is permanently closing its Sweet Earth Foods factory along the central California coast in a move that will cut 140 jobs.

The notice stated that the company intends to cut all 104 jobs at its Moss Landing facility by May 6, while the Silicon Valley Business Journal reported that workforce solutions provider Employment told the state that the closure will impact 36 of its employees there as well.

The factory, located about 20 miles north of Monterey, produces plant-based foods. Employnet's WARN letter stated that Nestle plans to relocated its operations to its facility in Solon, OH.

Sweet Earth Foods was founded by husband-and-wife Kelly and Brian Swette in Moss Landing in 2011. Nestle bought the company in 2017, and shortly after, it grew the headcount at the 40,000-square-foot factory to 250 employees. Nestle then moved the subsidiary's headquarters to Solon. 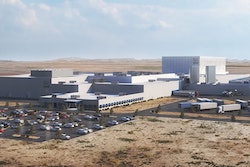