Organic Labeling Litigation: What to Watch for in 2019

Last year marked a turning point in the world of organic labeling litigation. And as we say goodbye to one year and ring in another, it’s a good time to look back, take stock of where we are, and consider what to expect in 2019.

Last year marked a turning point in the world of organic labeling litigation. And as we say goodbye to one year and ring in another, it’s a good time to look back, take stock of where we are, and consider what to expect in 2019.

But first, some background. “Organic” is one of the most clearly regulated types of food and beverage label claims. Compared to a term like “natural,” which is essentially undefined by federal regulators, most people understand what organic means. That’s because in 1990, Congress mandated the creation of a single, uniform, national organic standard. At the federal level, organic food products are governed by the Organic Foods Production Act (OFPA) and regulated by the U.S. Department of Agriculture (USDA) National Organic Program (NOP). NOP regulations explain what is and isn’t allowed in an organic product sold in the U.S. via the “National List,” which specifically identifies allowed and forbidden ingredients by name or category. Additionally, organic producers must have their operations certified by USDA accredited third party certifying agents. Certified operations are regularly audited for compliance.

Despite the rigor of the federal regulatory scheme for organic foods, over the last decade, certified organic manufacturers have faced numerous class action lawsuits — in California, New York, Washington, D.C., Texas, Missouri and elsewhere — challenging their right to call their products “organic.” In each case, the plaintiffs claimed that consumers were being tricked into buying products that were labeled organic despite containing ingredients or using farming practices that were not permitted under federal law. Plaintiffs alleged that such misleading labeling violated state consumer protection laws.

These plaintiffs largely targeted manufacturers of products intended for sensitive consumers: dairy products, infant formula, infant and toddler food products, etc. They also relied heavily on scare tactics, asserting in court filings and press releases that a given organic product contained a “chemical smorgasbord” of “hazardous” and “toxic chemicals.” These hyperbolic and misleading assertions were designed to deliver maximum damage to brands and goodwill.

For many years, the legal landscape for these organic labeling lawsuits was uncertain. Plaintiffs won a battle or two, but so did manufacturers. Many manufacturers threatened with these suits opted to settle out of court and give plaintiffs and their attorneys a modest payout rather than to face such negative publicity and legal and business uncertainty.

For many years, manufacturers could point to only a single on-point federal appeals court decision from 2010, In re Aurora Dairy. In that case, the U.S. Court of Appeals for the Eighth Circuit held that these sorts of lawsuits should be barred because they directly conflict with Congress’ intent to create a uniform national standard. The court reasoned that allowing these kinds of cases to proceed would undermine the national standard because judges and juries in different jurisdictions could reach different and inconsistent conclusions about how to apply the standard. This could result in a single ingredient or practice being allowed for use in organic products in one state, but forbidden in another. The same ingredient might be allowed in one part of a state, but forbidden in another part of the same state. It would be a recipe for chaos and confusion — the exact opposite of what Congress intended.

Aurora Dairy was a big win for manufacturers, but it didn’t stem the tide of lawsuits. It only applied to lower federal courts in the Dakotas, Minnesota, Iowa, Nebraska, Missouri and Arkansas; it didn’t resolve the question elsewhere. And it wasn’t clear whether courts outside of the Eighth Circuit’s boundaries would agree with its reasoning. Manufacturers and advocacy groups alike watched with growing uncertainty.

Things changed dramatically in 2018, when a three-judge panel of the Second Circuit (covering New York, Connecticut, and Vermont) unanimously adopted the reasoning of their sister circuit in Aurora Dairy. Within weeks, it became clear that Aurora Dairy wasn’t simply an outlier. It represented an emerging consensus. And with that, the organic cases began to disappear.  Some were dismissed.  Others were settled (likely on terms very favorable to the manufacturers).  Still others, threatened but not yet filed, failed to ever materialize at all.

So should manufacturers rest on their (organic) laurels?  Not so fast.  In 2019, we’ll discover what else the plaintiffs’ bar has in store.  Here’s what I expect to see:

A Change of Scenery

Two federal appellate courts covering 10 states have ruled in favor of organic manufacturers. That still leaves 10 other federal appellate courts covering 40 other states. What about them? From a plaintiff’s perspective, these jurisdictions still represent opportunities to roll the dice. Federal judges in states like California, Oregon, Washington, Massachusetts, Maryland and Illinois have yet to weigh in on the issue, and manufacturers with sales in these markets and deep pockets should be wary.

Aurora Dairy made an important distinction between attacks on the federal organic certification itself (which are barred) and attacks on the facts underlying the certification (which may be fair game).  But courts have been vague about what this distinction means. In general, to attack the certification itself means to second-guess the certifier by arguing that the product was incorrectly certified. If plaintiffs can attack an organic product by claiming its labeling is misleading in some other respect, then they’ve solved their problem.

Something akin to this approach might involve suing organic producers not for allegedly deceptive use of the word “organic,” but for allegedly deceptive use of other label claims that typically appear alongside the word “organic.” For example, an organic egg producer might also tout on its cartons “free range” or “with outdoor access.” (Outdoor access for livestock and poultry is a prerequisite to organic certification for those kinds of operations, see 7 C.F.R. § 205.239.) Plaintiffs could use these label claims rather than the organic label claim as the basis for a lawsuit. In fact, that’s the strategy used by plaintiffs in Gibson v Wal-Mart Stores et al., No. 18-00134 (N.D. Cal., 2018), which eventually settled.

Move Beyond the Dinner Plate

Another strategy we might expect to see in the year ahead is for plaintiffs to shift their focus from organic foods and beverages to organic cosmetics and other personal care products. While there is fairly robust and detailed regulation of organic label claims on agricultural products, the regulation of organic label claims on other kinds of products is somewhat less well-developed. The FDA lacks authority to do so (the term “organic” isn’t defined in its statutes or regulations). And USDA’s authority to regulate the labeling of personal care products that are composed of non-agricultural ingredients or that don’t purport to satisfy USDA (as opposed to foreign or private) organic standards is unclear. Lack of clear regulation plus a growing market is a formula for more litigation.

Of course, the easiest way for plaintiff’s counsel to deal with the less favorable outlook for organic cases in 2019 would be to simply avoid them in favor of more promising types of food labeling cases. There are already dozens of cases involving less well-regulated label claims on conventional products, such as “all natural,” “no preservatives,” “plant-based,” “mineral-based” and the like. USDA’s 2018 final rule mandating the disclosure of GMO or “bioengineered” ingredients in foods will, no doubt, attract litigation in 2019. And there is an emerging family of lawsuits alleging that various grain-based food products contain undisclosed traces of glyphosate, a widely used herbicide. All of these areas could offer plaintiffs a more promising path forward in the year ahead.

No matter what plaintiffs, courts, lawmakers, and regulators do in the organic sphere, 2019 is sure to be interesting.  Caveat venditor! 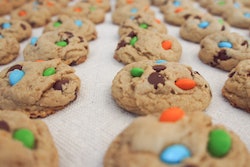